The best travel stories never begin with the words “and then I arrived at my destination on time and everything went according to plan”. I generally embrace the mishaps and laugh at my own misadventures while traveling. But during my recent trip to Portugal, for the most part, things did go according to plan. And I cherished it. This was my first international trip since COVID exploded in the United States and I was giddy, not only in anticipation of getting out of the apartment, but at the prospect of visiting a new country.

Despite the smooth trip, there were a few obvious experiences that stood out to me in Portugal. The first was seeing all the Azulejos (hand-painted ceramic tiles) around the country. Though they have older Arabic roots, the first simple, polished geometric patterns became most popular in Portuguese culture around the 15th century. Azulejos subsequently grew to be more ornate and became an integral part of the local architecture; with styles evolving according to the socioeconomic positions of the time.

At the Museu Nacional Do Azulejo in Lisbon, there was a stunning panel. Composed of over 1,300 pieces of tile, the panel illustrates Lisbon’s cityscape prior to an earthquake that destroyed most of the city in 1755. The intricate detail of each small, polished tile flows into the adjacent tiles to present a sumptuous portrait of life in prior centuries. And the narrative takes you on a journey through Portuguese history. And for me, the overall grandiose design took shape so brazenly that it stopped me in my tracks.

The second thing to stop me in my tracks in Portugal was the food and wine. In Lisbon, I took the traditional cooking class that I take in every port. It connects me with the locals and the best of each culture that I’m experiencing.

After visiting the local market, I made a red snapper, baked whole with potatoes and burst cherry tomatoes; along with a melted herb goat cheese that I wanted to bathe in. The cheese in Portugal is on par with any you would find in France. And even more delectable when paired with a rich port wine from the Douro Valley.

The vibrant colors of the Pasteis de nata (Portuguese egg tarts) alone are enough to inspire. But a main course must come before dessert.

Being a Jewish woman who does not consume pork products, in a country where pork is ubiquitous, always proves challenging. But in Lisbon, I learned of a sausage that not only is pork-free, but one that also saved thousands of Jewish lives during the Spanish Inquisition. It’s called alheira.

During the 1500’s, most Portuguese families preserved chorizo and sausages and hung them in their windows to get through the winter. The windows of Jewish homes, however, were conspicuously missing any sausages. Consequently the inhabitants were identified as Jews and persecuted. In response, the astute Jewish population began crafting pork-free sausages, which contained mostly kosher chicken and bread crumbs, to hang in their windows and evade attention.

Today, pork is often added to alheira. But the sausage is a unique and interesting part of Portuguese history that illustrates how cuisine often shapes a cultural narrative.

And cuisine also frequently influences design. A kitchen layout can be determined by how and what an individual cooks at home. Colors are selected to make food appear appetizing.

While variations of blue are popular for kitchen cabinets, psychologists tell us to avoid it in relation to meal presentation; as when meat goes bad, it acquires a blue-ish tint. So as humans, we actually have an evolutionary aversion to seeing food in relation to the color blue.

But an azure blue tint takes me back to Lisbon. I see it’s splashy graffiti, it’s ceramic azulejos, and it’s picturesque ocean.

This blog’s design is a powder room inspired by my trip. The mosaic tile is the most obvious tribute to Portugal and it’s architecture. The golden layered hues in the Phillip Jeffries wallcovering and Alexander Lamont stool remind me of the iridescent buildings bathing in the afternoon sunlight. And the Elizabeth Garouste sconce silhouettes are a modern interpretation of prominent figures sculpted into the building facades.

The sardine wall hanging, ubiquitous around the city, brings us full circle as I recall the fresh fish being fried daily. And every Portuguese meal must end with something sweet. What I wouldn’t do for a Pasteis de nata right now. 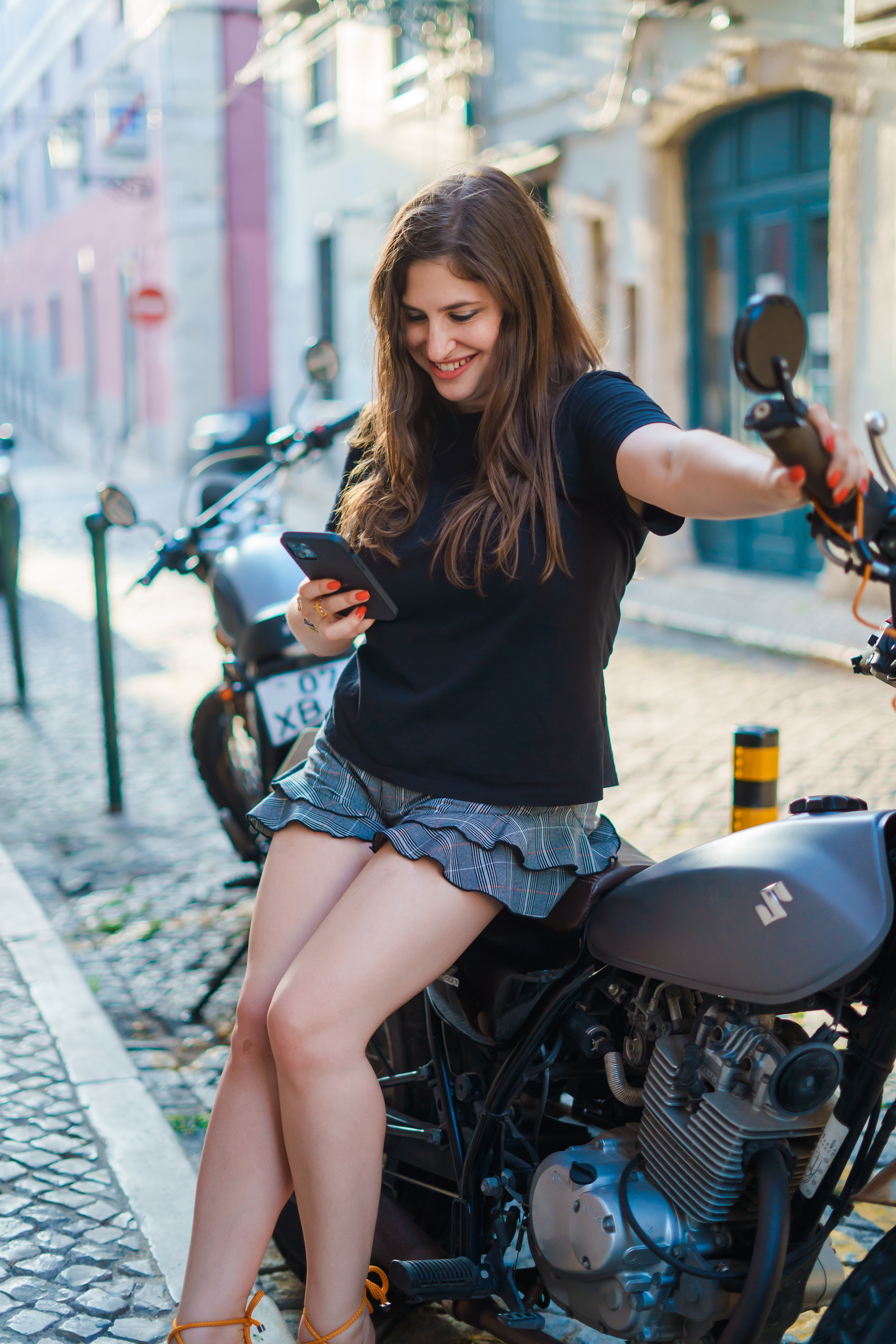 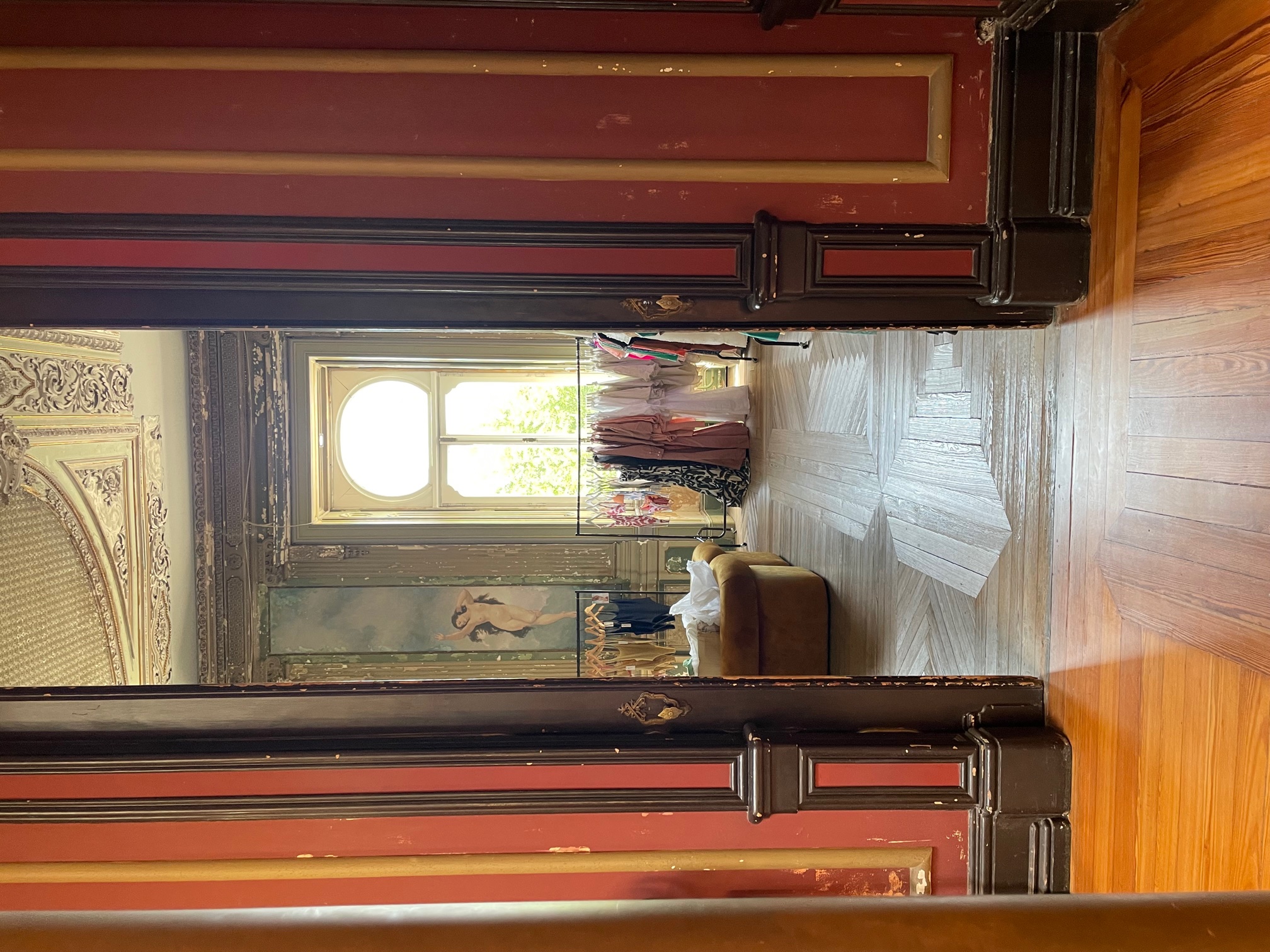 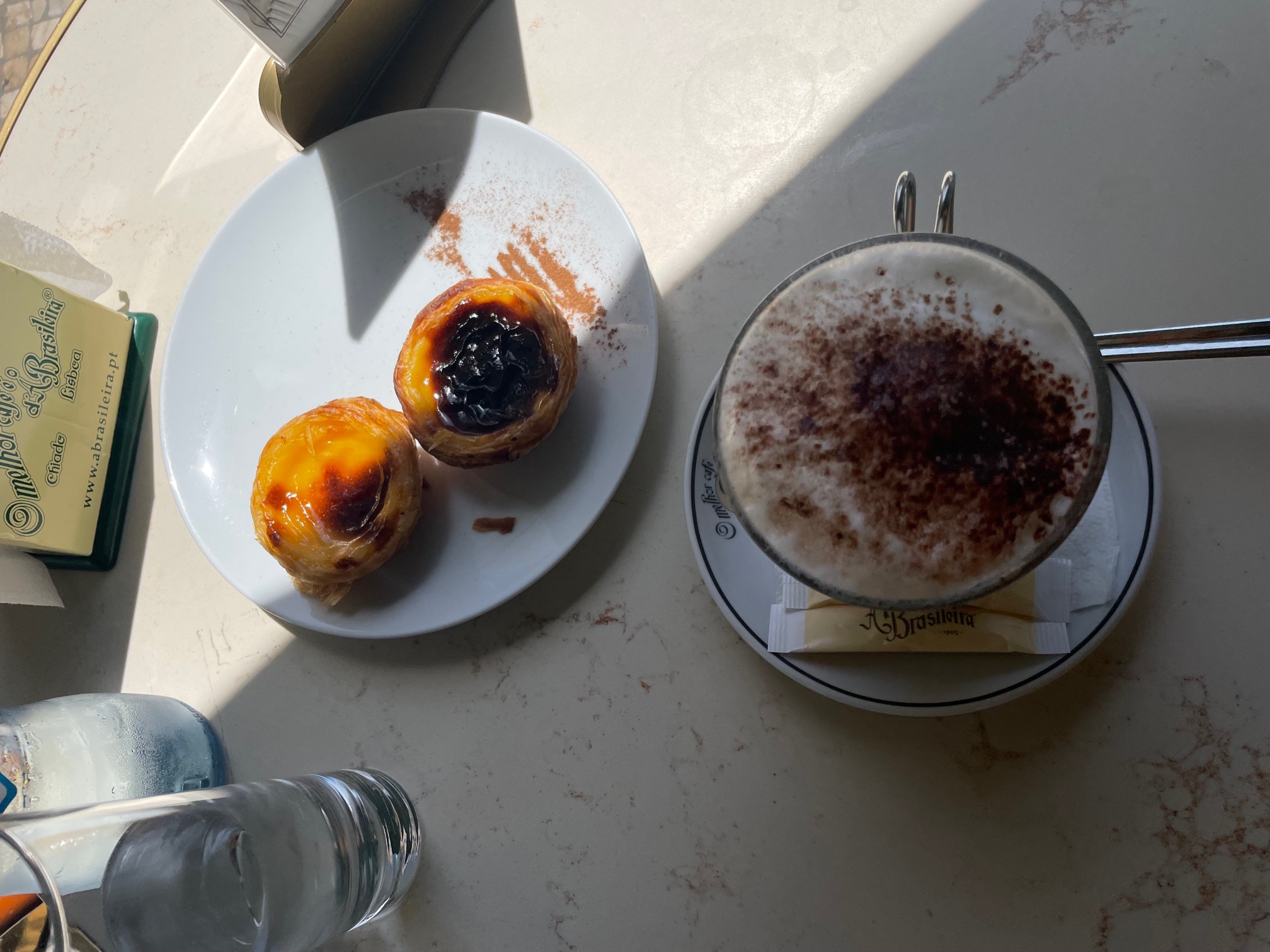 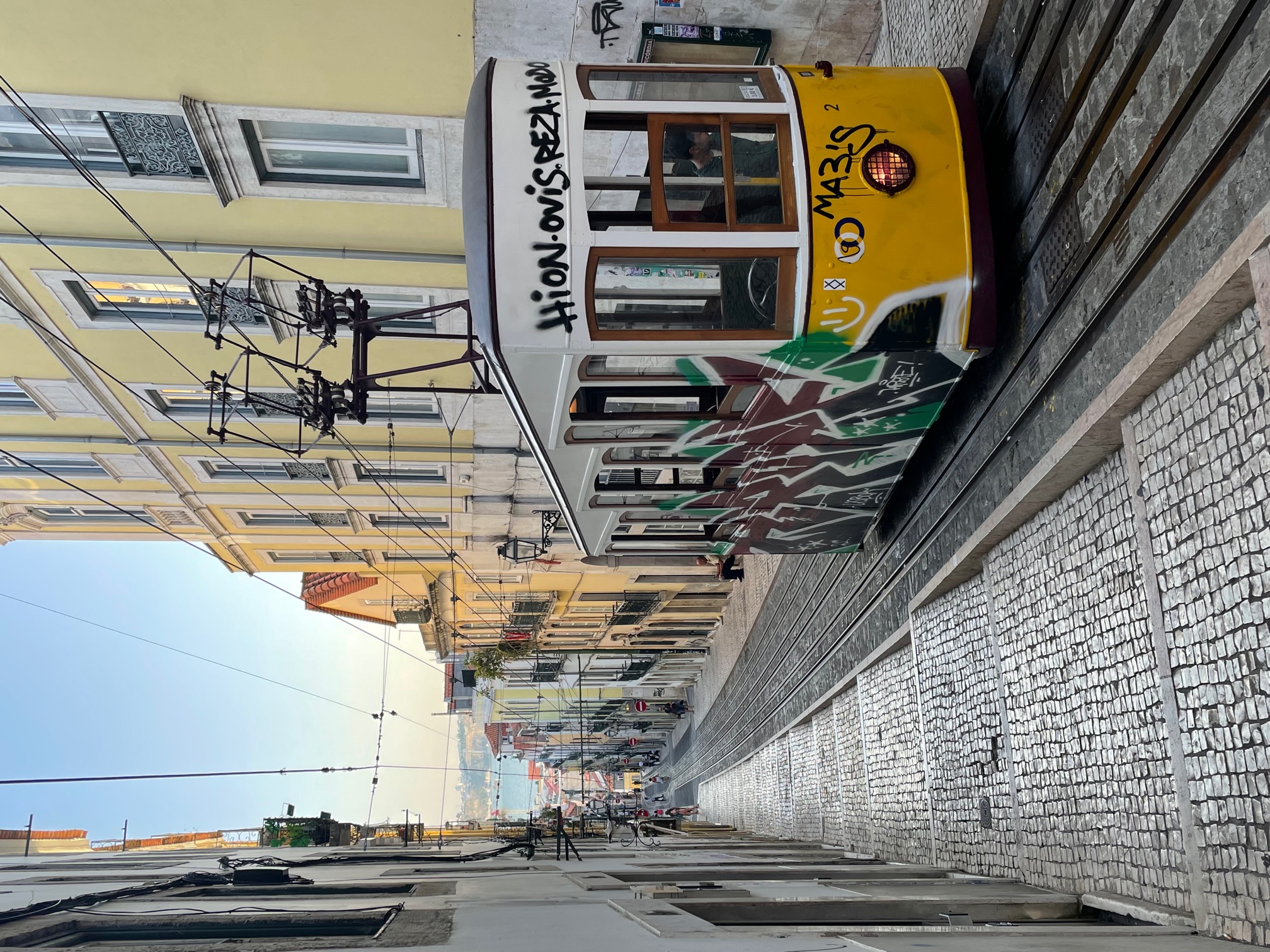 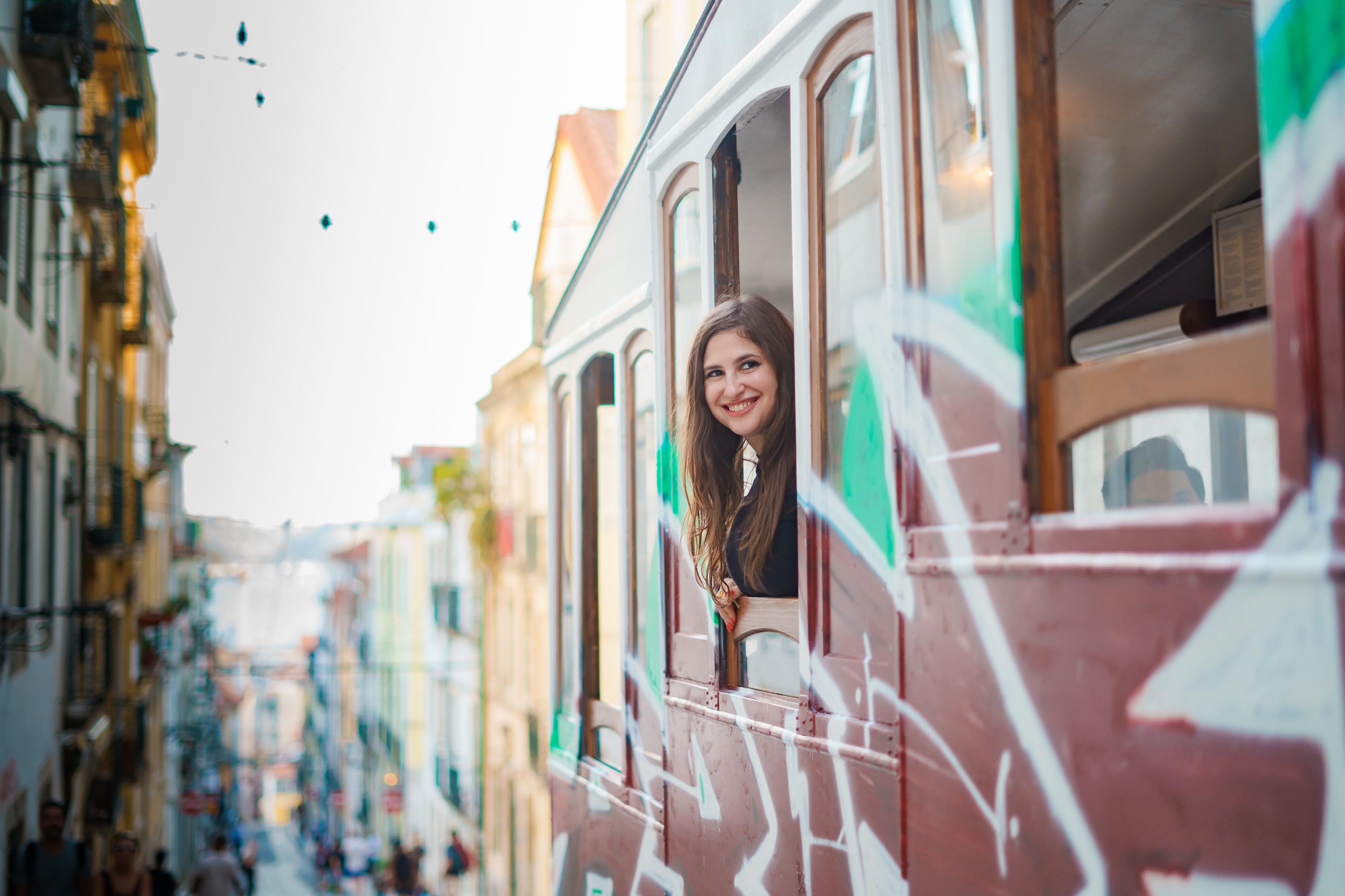 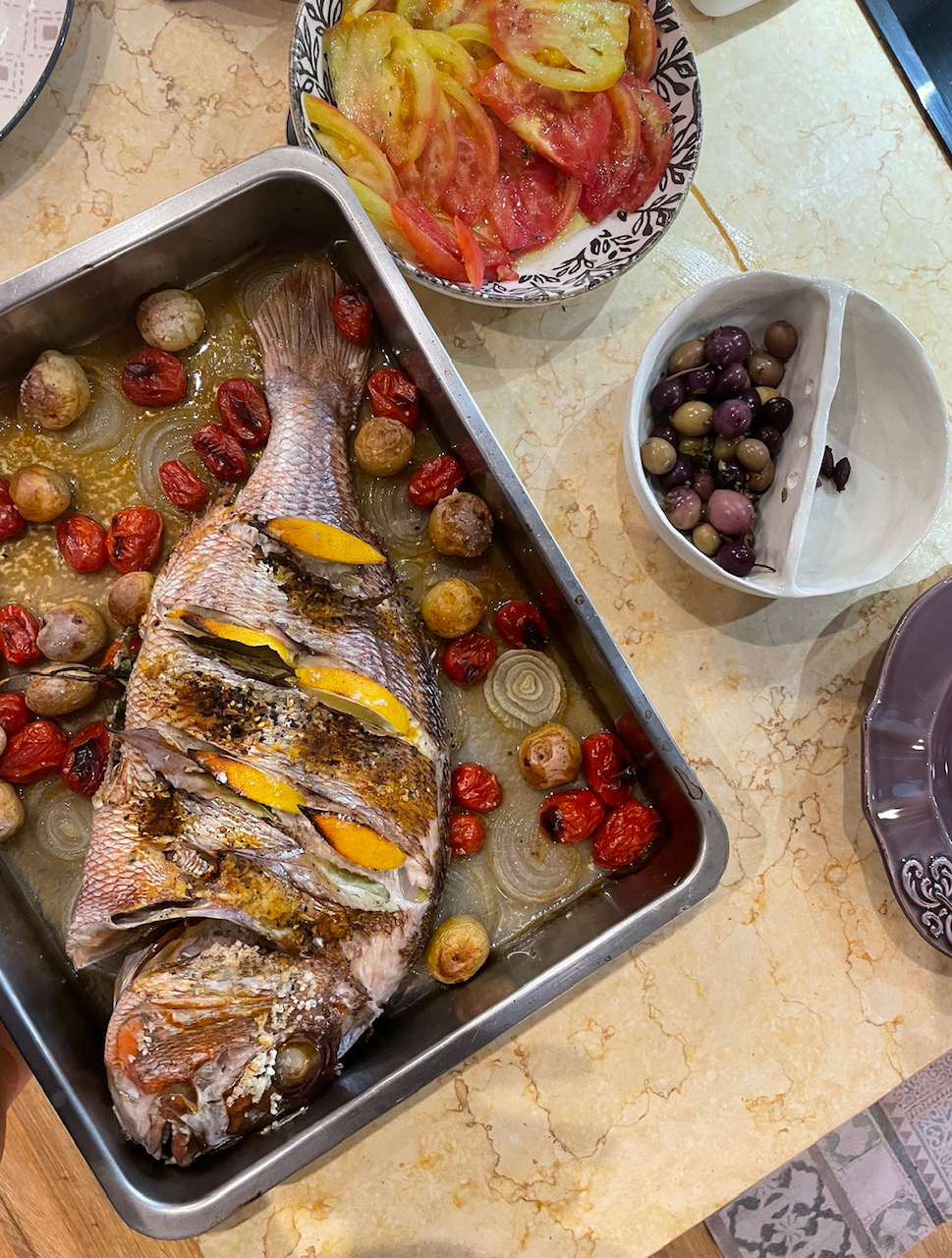 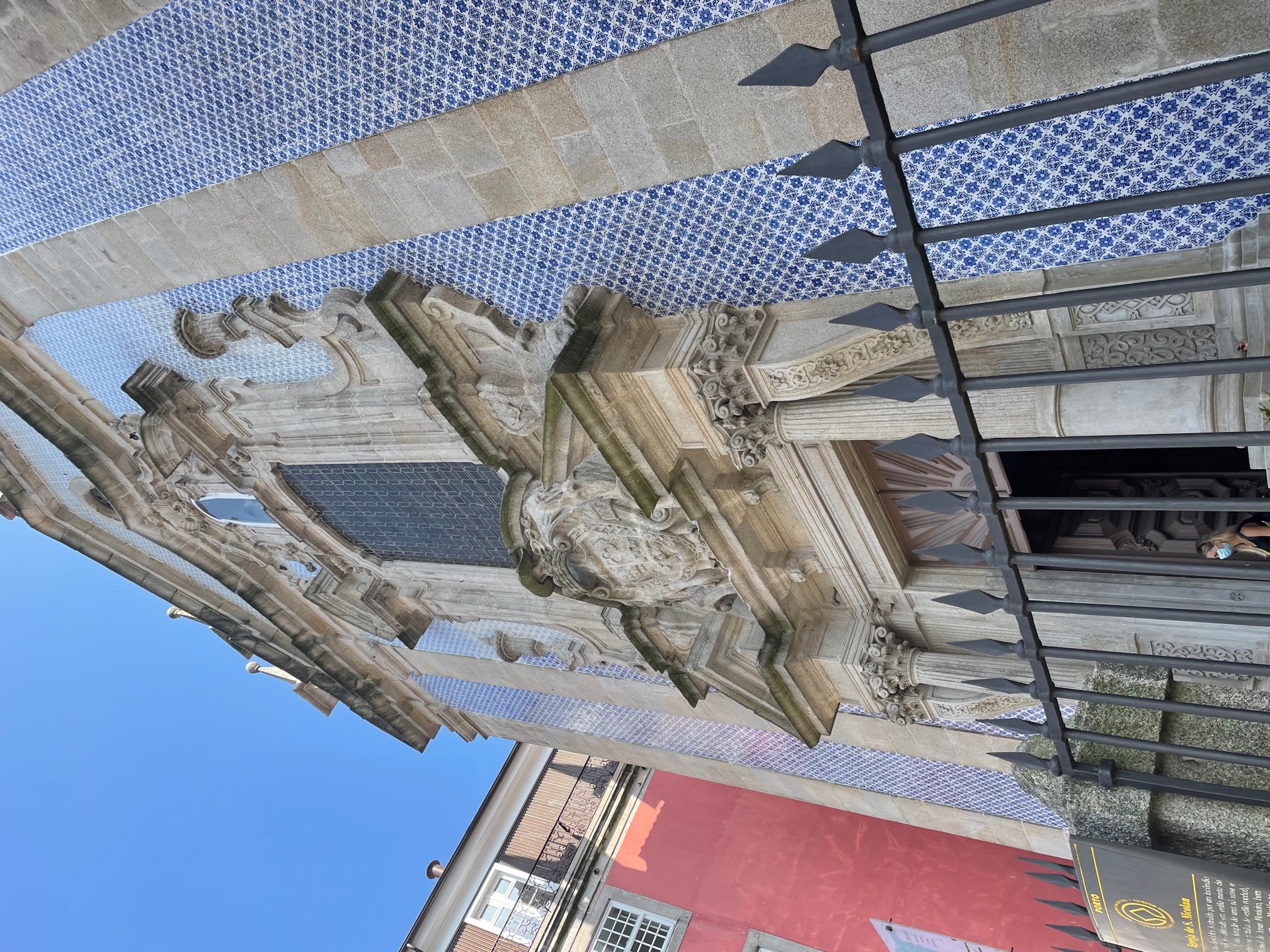 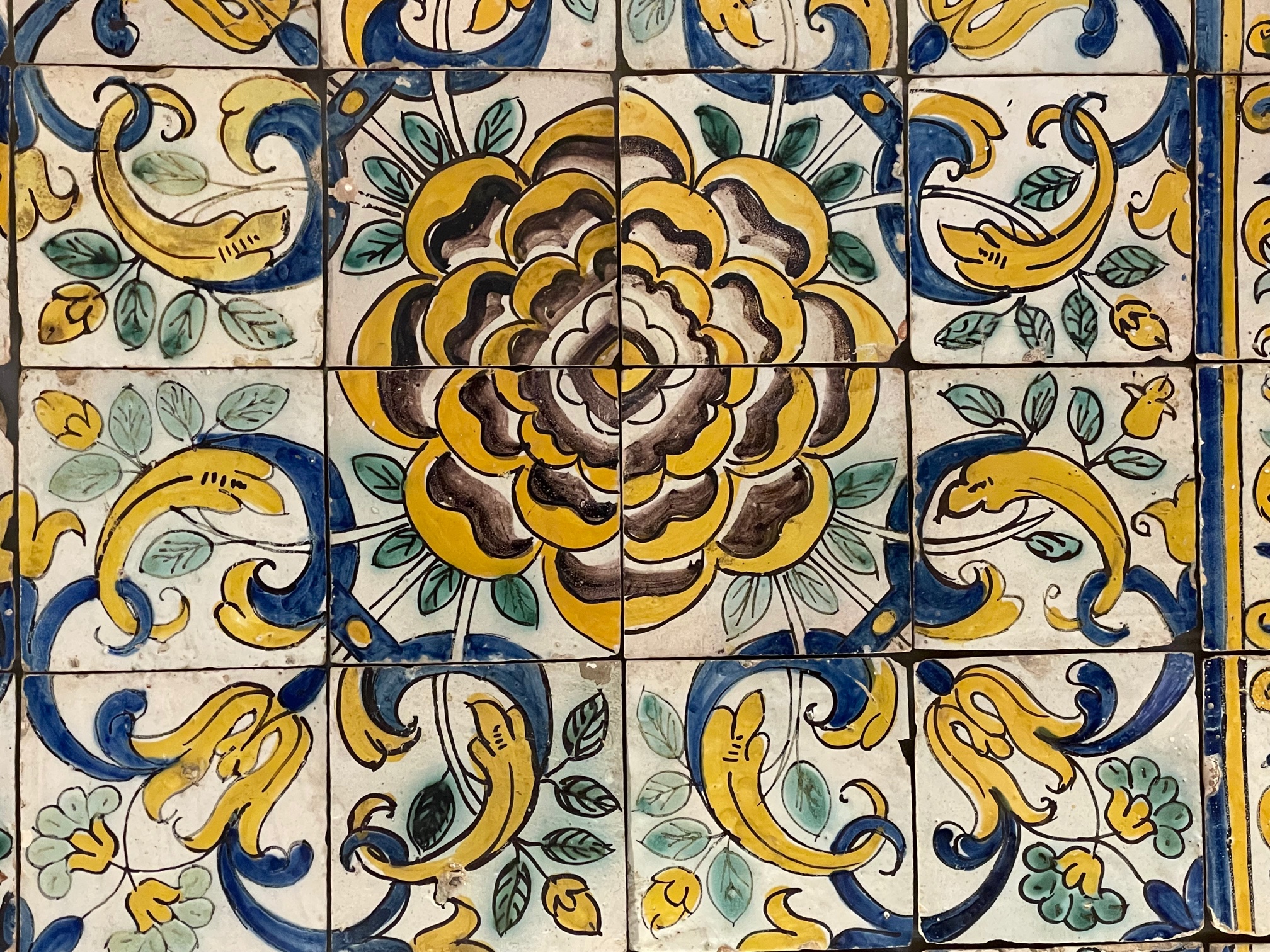 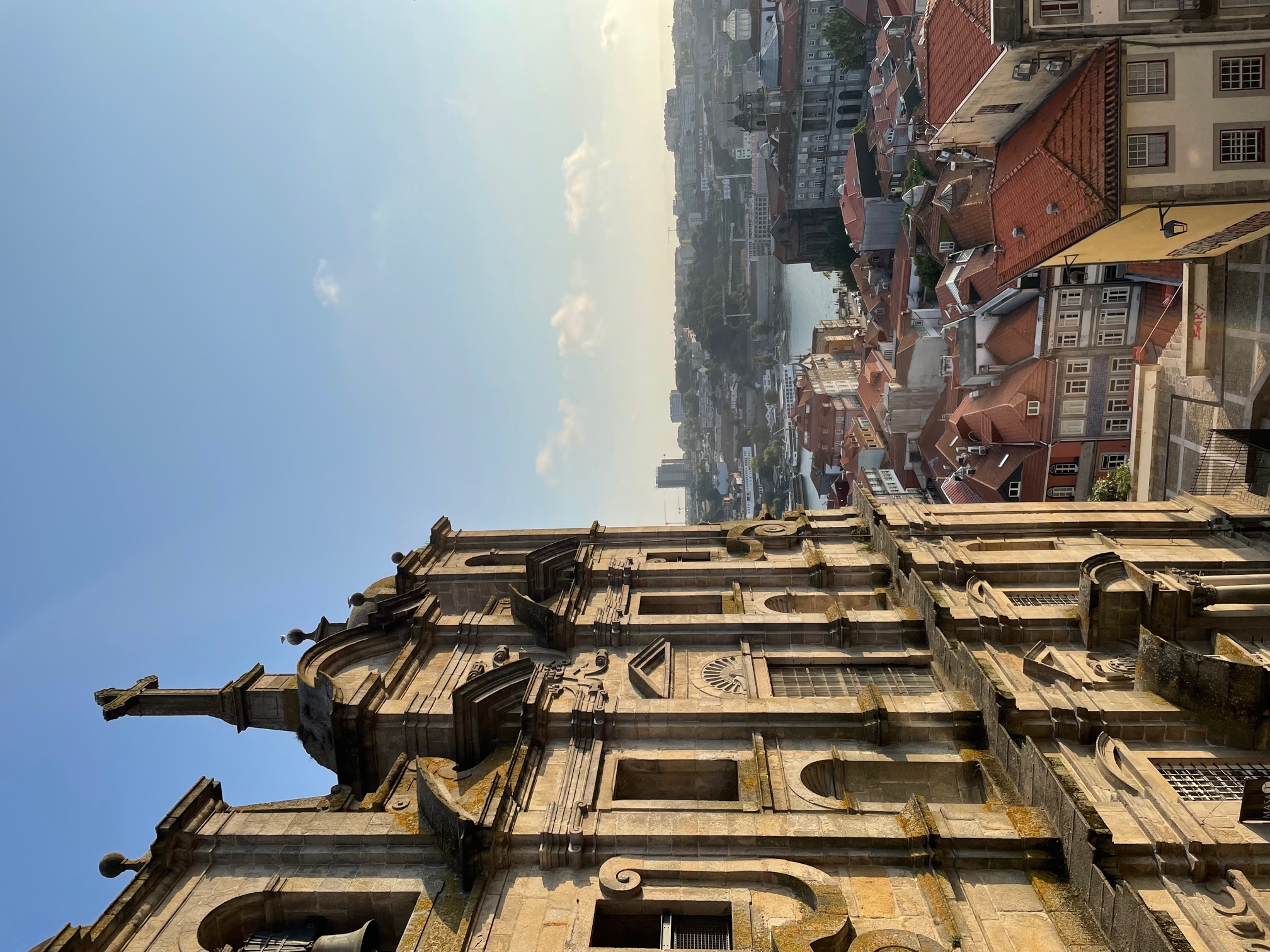 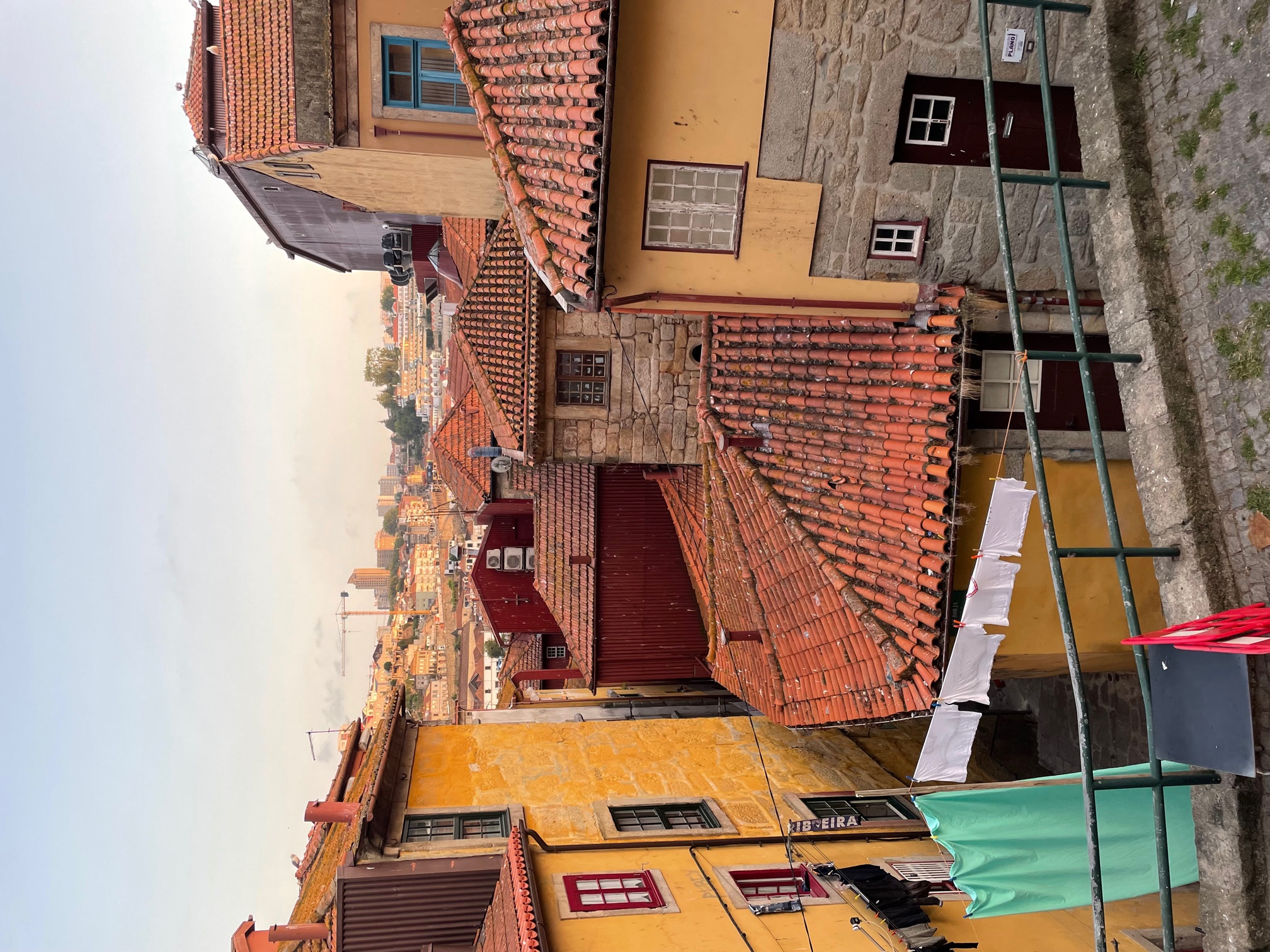 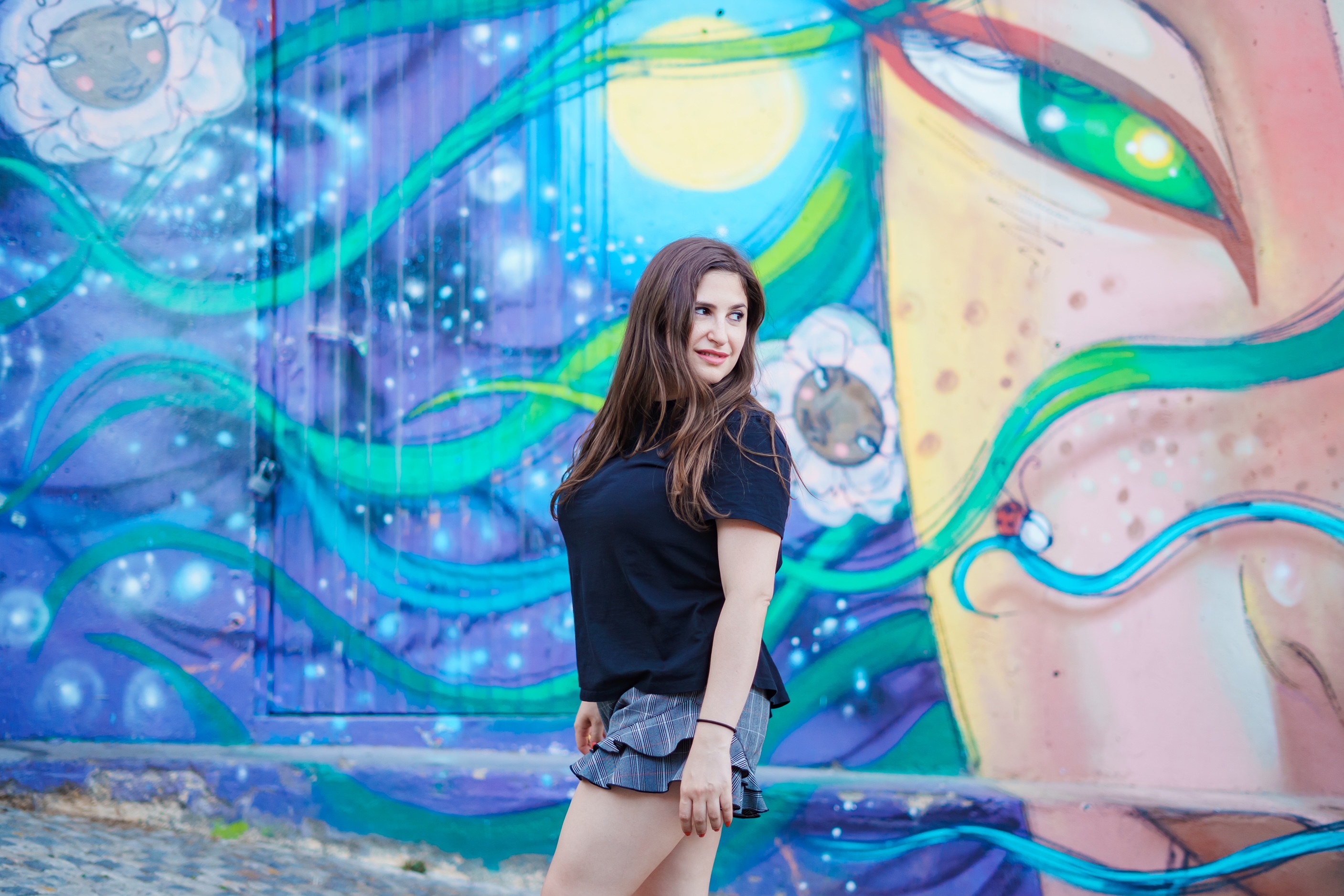 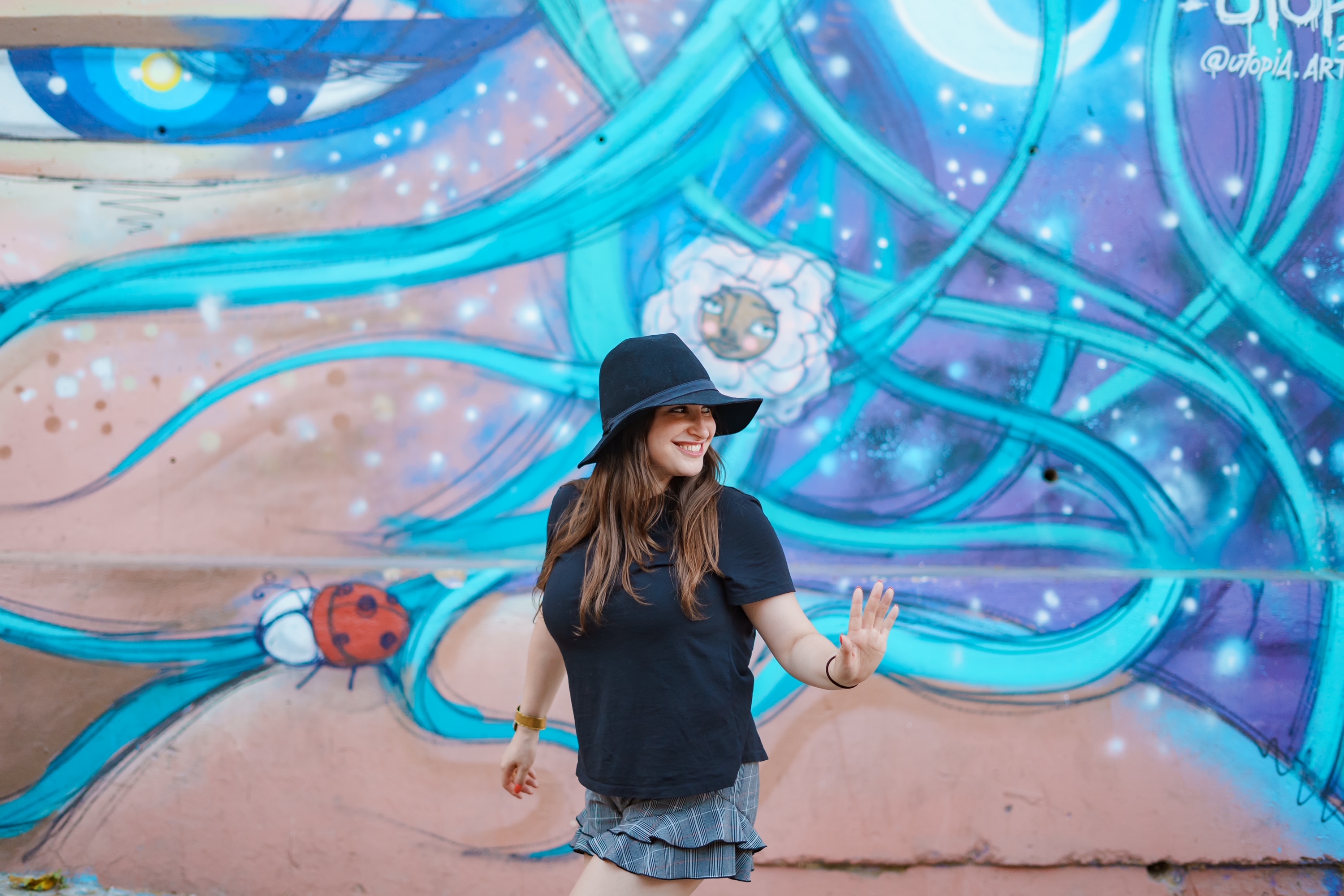 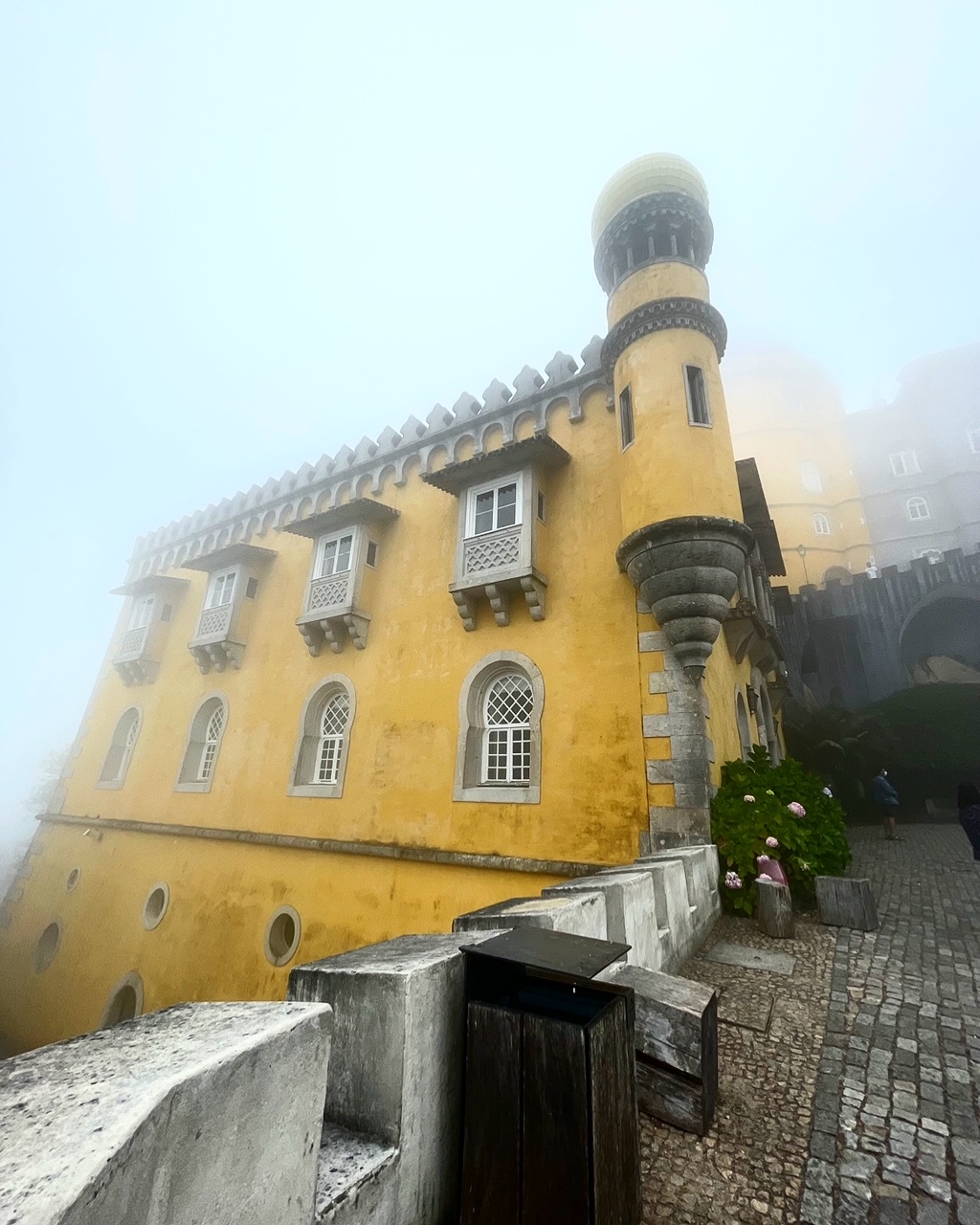 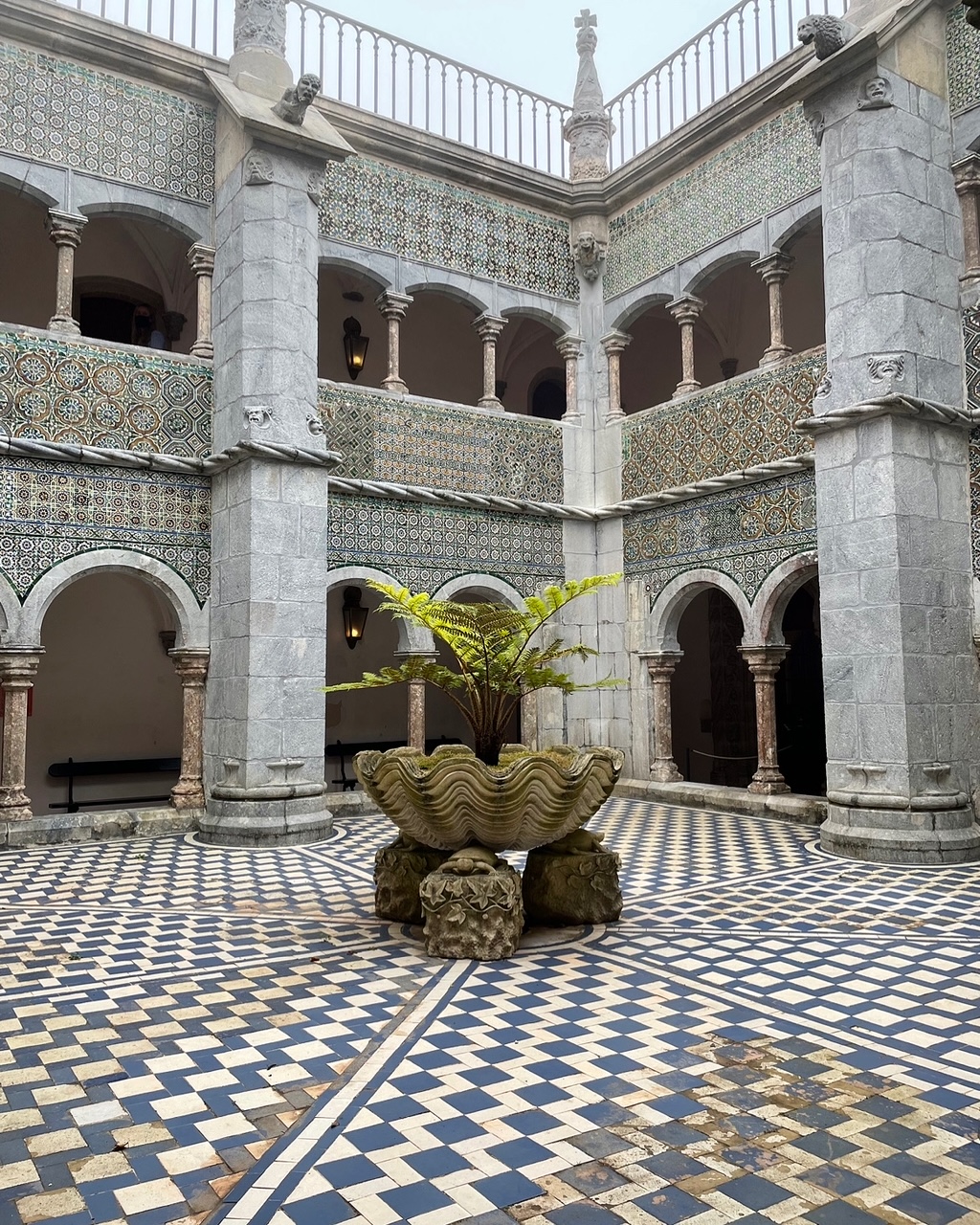 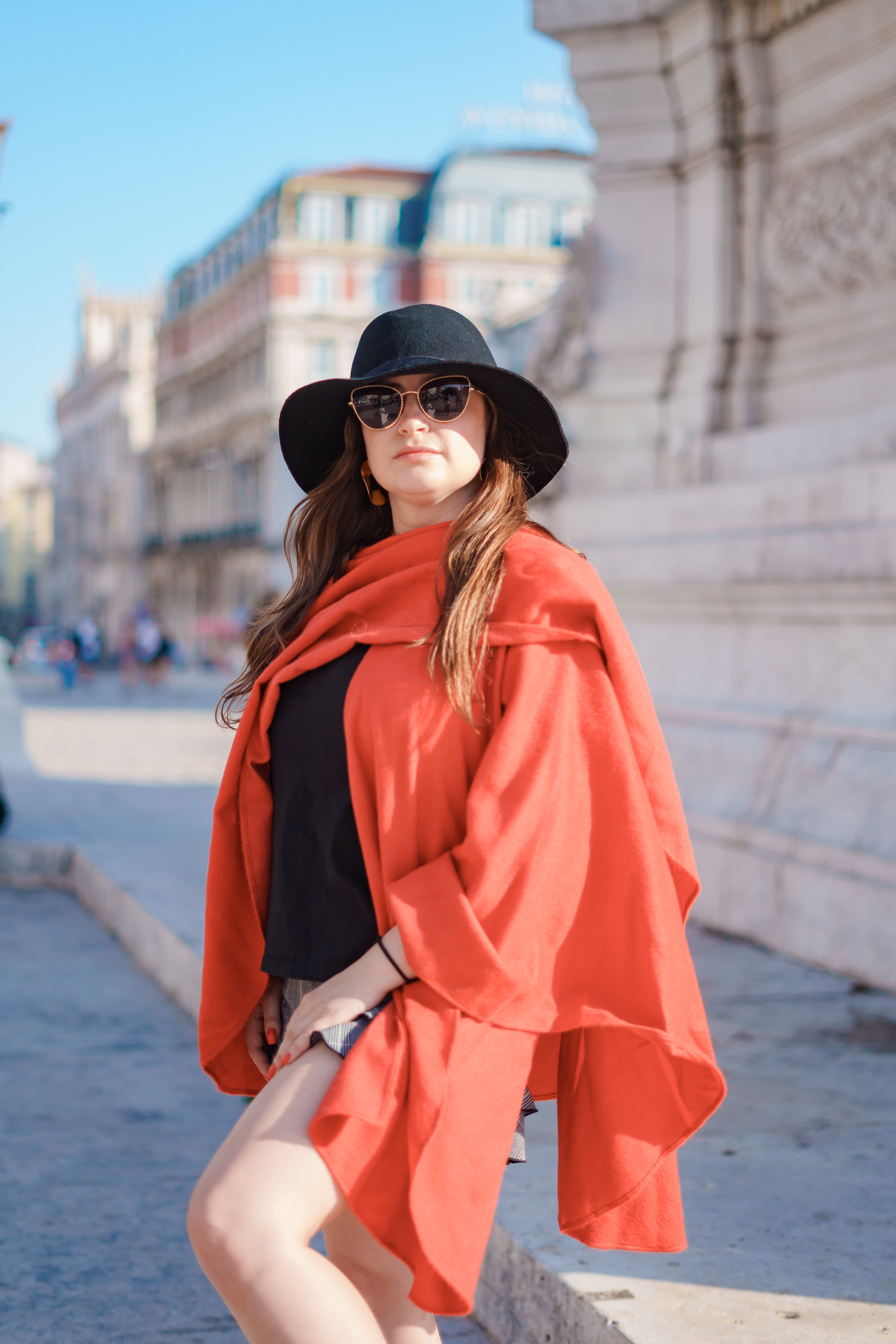