The islands in Thailand harbor some of the most beautiful beaches in the world. I could not wait to see the ocean on my first trip to Thailand in December of 2016. I stayed on the mainland in Krabi for a week, and also took a brief trip to the Phi Phi islands for several days. This is where the magic happened.

The only way to get around the island is by longtail boat. The driver of the small boat stopped several hundred feet or so from shore and said “ok, you walk from here, hotel right up there”. You should have seen my horrified expression! Thank goodness I only had a shoulder bag (as opposed to the 2 huge roller bags I had left on the mainland). I threw my bag of electronics and other expensive gear over my shoulder and, waist deep in the ocean, lugged it all to shore.

Once I checked in, I took another boat to the main area of the island and spent time at the beach with a man I had met who was visiting from California. Our plan was to grab some drinks and meet his friends for one of the local beach parties. But I wanted to go back and change into evening attire. As it was after dark, and my hotel concierge specifically told me not to travel alone after sunset, I was escorted by my date.

At first it was romantic and magical; we were alone in this local island boat staring up at the glistening stars. The ocean breeze was soothing and the island lights in the distance created a mystical glow. Without warning we heard a loud “BANG” and the boat stopped dead. Ever the controlling New Yorker, I asked the driver what was going on. No response.

The boat suddenly seemed much smaller and it dawned on me that we were alone, in the middle of the pitch black ocean with no one in sight. At this point our driver was standing with water almost up to his neck trying to remove something from the motor. He never responded to my persistent requests for information as I tried not to panic over the notion that we might never make it back.

Though I pride myself on being very independent, I was thrilled in that moment to have someone else with me! After what felt like an eternity (perhaps only 20 minutes or so), the motor finally got started again. My date and I hugged and started cheering in a moment of unmitigated joy and relief. When we got back to shore, the driver actually tried to charge me the full amount for the ride. We finally arrived at a compromise and I gave him half the fare.

Despite this experience, I couldn’t wait to get back into the ocean so I went snorkeling the next day. I have been spoiled by the more catered snorkeling tours in Hawaii and was unprepared for the rugged Thai experience; which included nothing more than a (questionably clean) snorkel and mask. I remember wondering where the flippers and wetsuit were. And was my guide not going to go over the names and pictures of all the fish that I was going to see?

I decided to just let go and dive in. The ocean was rich with life and color. And I had never before seen such clear, turquoise water. When I lifted my head up, the sparkling water stretched infinitely around me. Sharp, sinuous limestone cliffs rose up and formed dreamy, tawny bays. And wild monkeys were waiting to steal food on the beaches. I felt sheer bliss as the sun beat down on me.

For the rest of my stay in Krabi, I took a Thai cooking class and even rode and bathed an elephant. The elephant helped influence this month’s blog design. I created a nursery inspired by the islands of Thailand. The color palette is a clear homage to the ocean and islands I encountered. Cerulean wallcovering from Osborne and Little calls to mind the starry night sky. The limestone flooring from Stone Source as well as the asymmetry of the Moooi chandelier recall the disparate limestone cliffs. The elephant art from Daleno remind me of the animal’s playfulness and also incorporates the rust color that seemed so characteristic of the aromatic food and exotic attire on the islands. 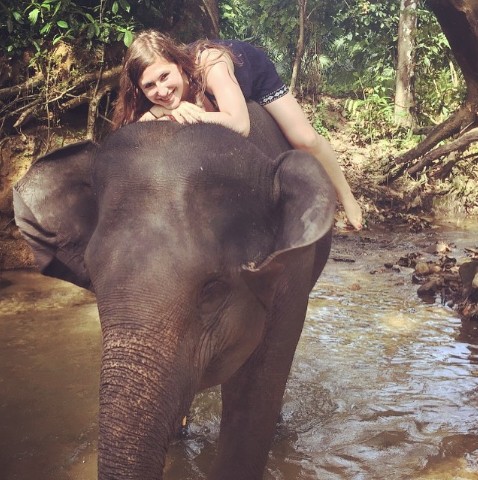 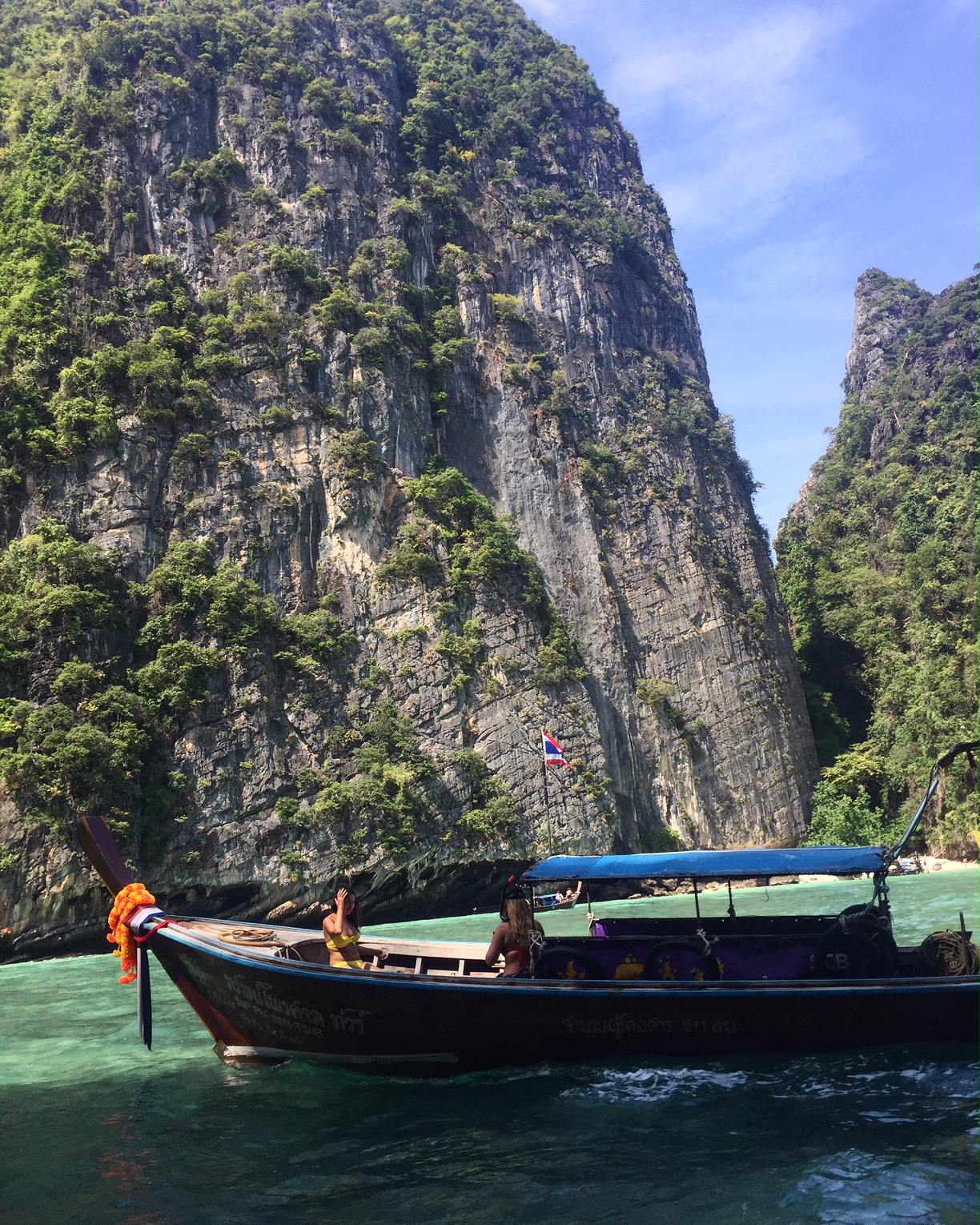 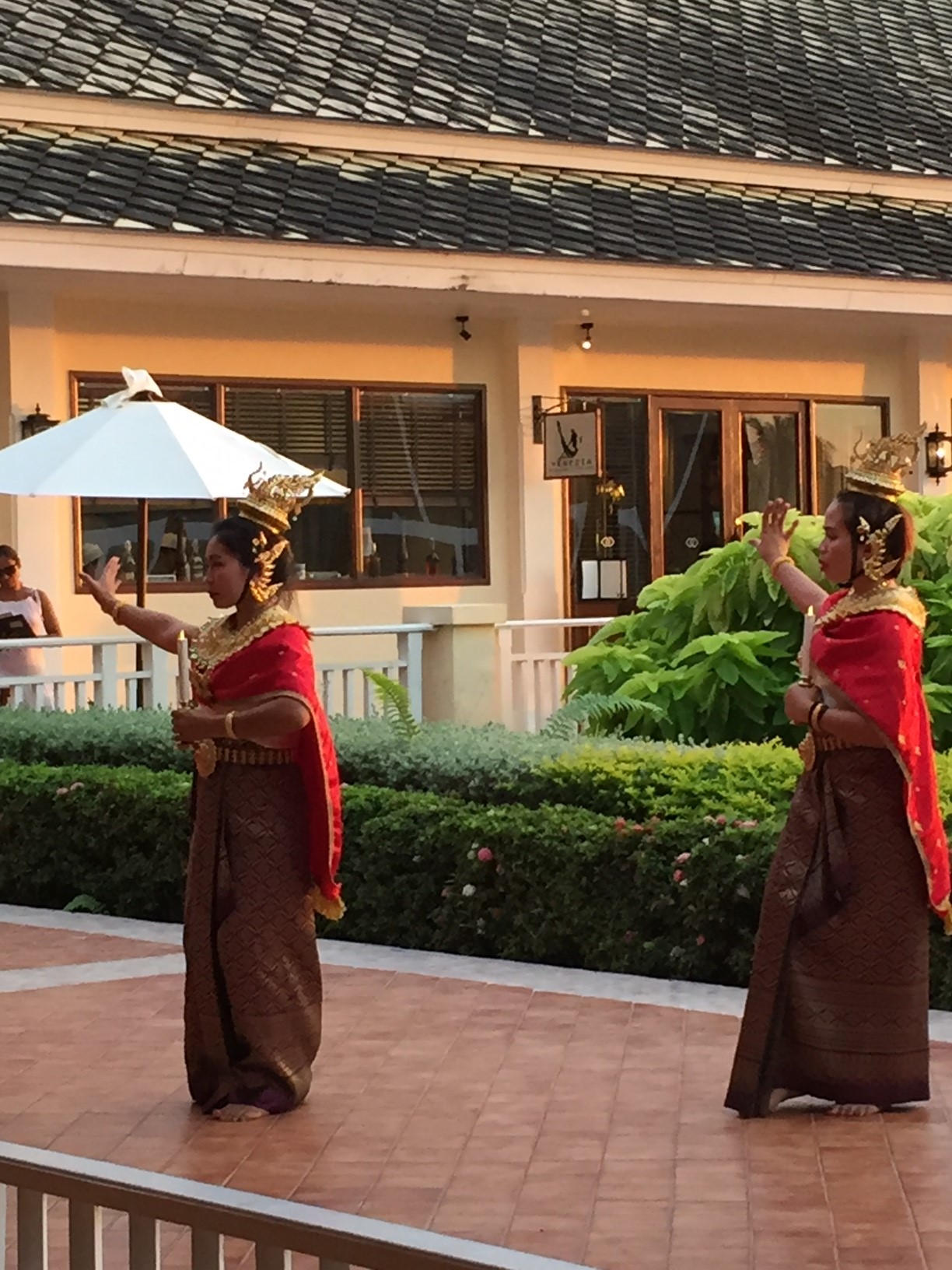 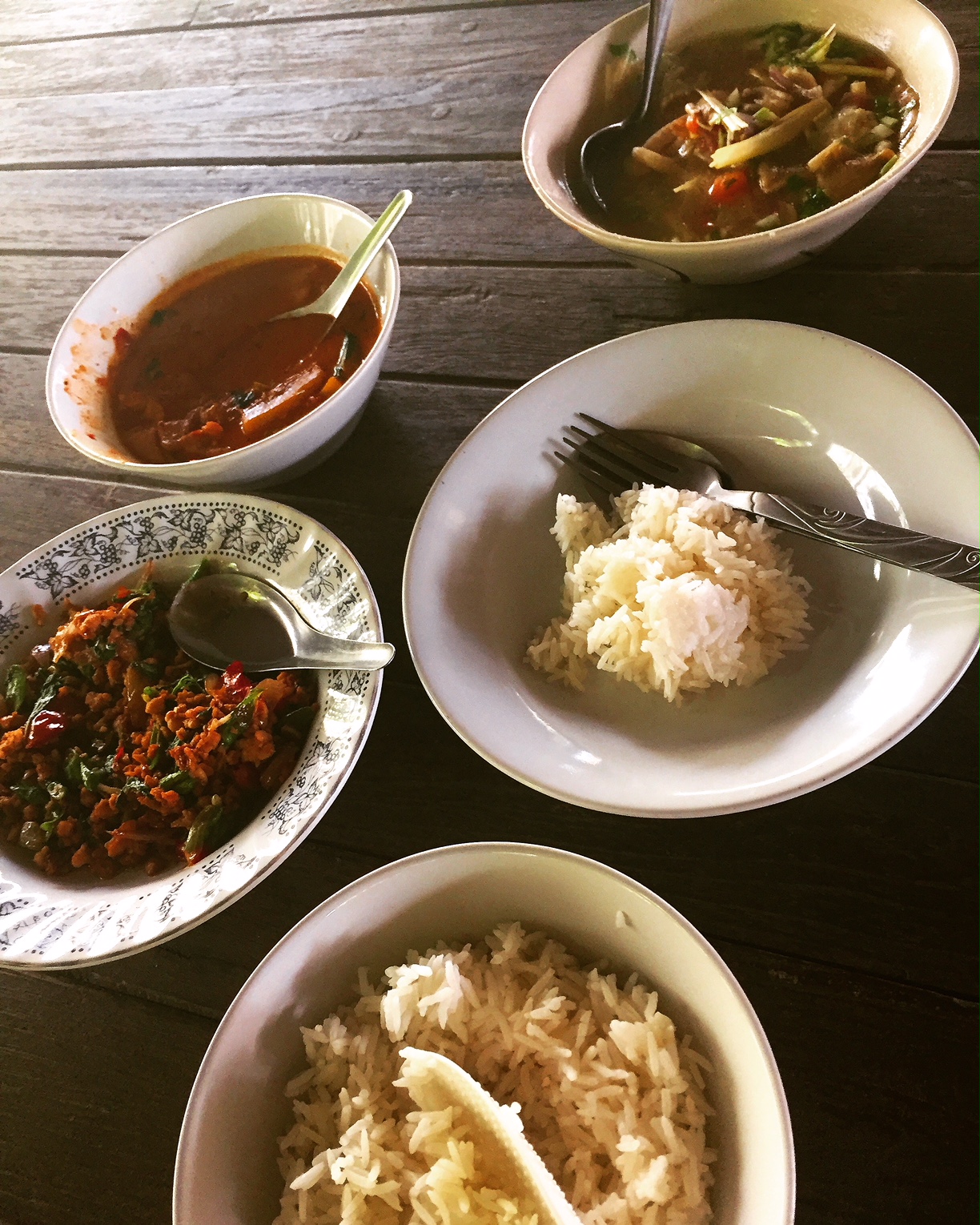 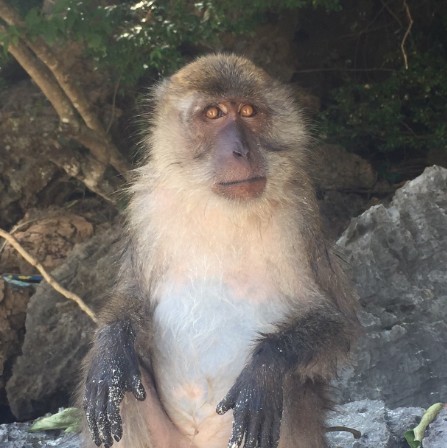 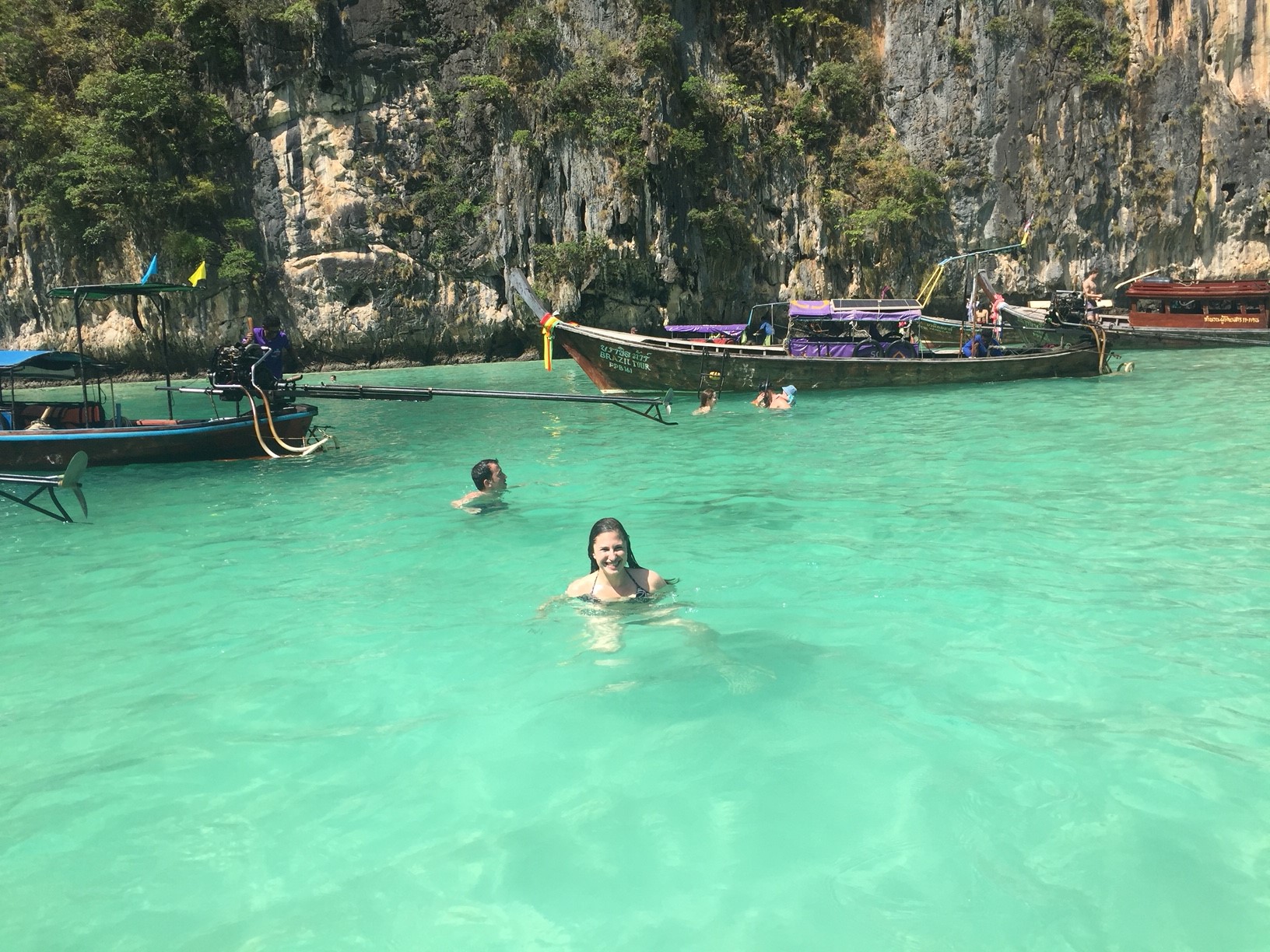