My first real solo trip was to Buenos Aires in December of 2015. My best friend was scheduled to join me, however she called several days before leaving to say that she had a work emergency and could only be there for half of our trip. I was frustrated by the situation and with the idea of having to fend for myself. My first day in Buenos Aires, I was alone and learned very quickly that no one spoke English; and I spoke no Spanish. And in my efforts to close the bidet in my Air BnB bathroom, it somehow exploded and water erupted all the way up to the ceiling. Thoroughly soaked, I called my mom in a panic claiming I had no idea why I thought I could handle another country on my own. After venting to her and laughing about the bidet, I calmed down and said "ok I am not going to hole myself up in this room until my girlfriend arrives. I am going to go outside, start walking around, and just figure things out". And through this resolve and abandon began one of the most wonderful trips of my life. I learned exactly how much I was capable of and that I did not need to wait for anyone else to travel or to do the things that I love.

The next day I went to the Recoleta Cemetery, where Eva Peron is buried. I walked onto the grounds and was immediately stopped in my tracks. It was truly one of the most beautiful things I had ever seen. Thousands of grand mausoleums stood before me. The elegant Art Nouveau, Art Deco, Baroque, and Neo-Gothic styles all seamlessly converged. The beauty and meaning were overwhelming. I wandered around for hours before one of the janitors (who spoke no English) somehow knew that I was lost in my search for Eva Peron and silently guided me to her grave-site. There were dozens of flowers that visitors had placed in her memory. I stood there and thought of my friend Chris, who had tragically passed away a year earlier. We had been in the musical Evita together, so this site was particularly significant. I desperately wished that he was still around so that I could share such an amazing experience with him.

And throughout the trip, I unequivocally embraced new experiences. Later that week I went to Casa Rosada (The Pink House) where Eva often addressed the masses when Juan Peron was Argentina's president. I also visited the Evita Museum. I was completely enamored of the chic vintage fashion from the 1940's and the narratives of Evita's philanthropic endeavors. Her strength and determination to fight continued adversity and to design her own destiny was inspiring in so many ways. Evita often told her followers "I give you my heart". I believe I gave some of my heart to Argentina on this trip.

Instead of designing for one specific space, I have sourced very opulent, feminine design pieces which can stand on their own in honor of "Santa" Evita. The soft, painterly fabrics from Stark and Rubelli invoke the blush color of Casa Rosada. The floral motifs and jewelry are a representation of the former first lady's style; while the shape of the Baker stool mimics the full volume of a glamorous black dress I saw at the museum. A Fisher Weisman tea table encompasses a modernized version of Recoleta's Art Nouveau architecture. And the vibrant Vladimir Kagan lamp is an homage to the flowers placed on Evita's grave.

In memory of my dear friend Chris... 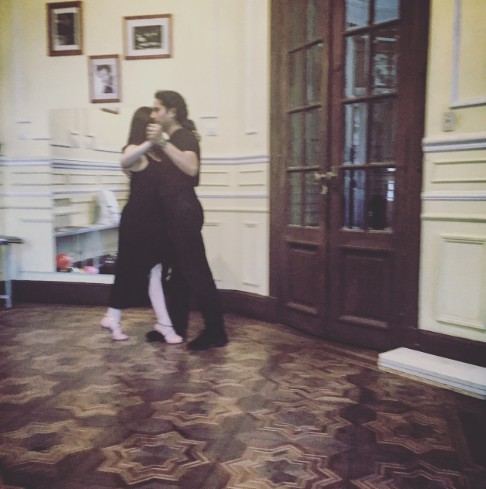 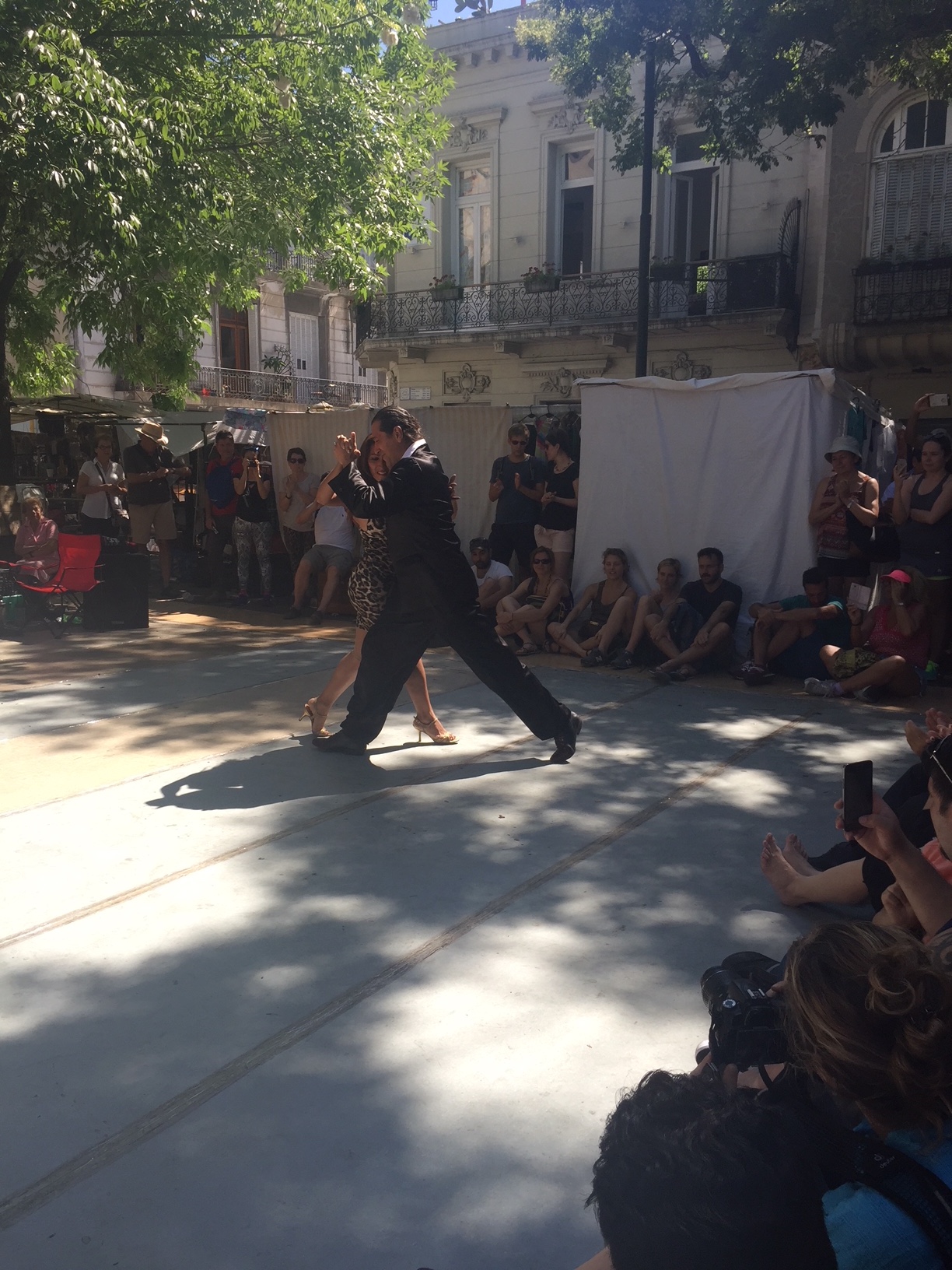 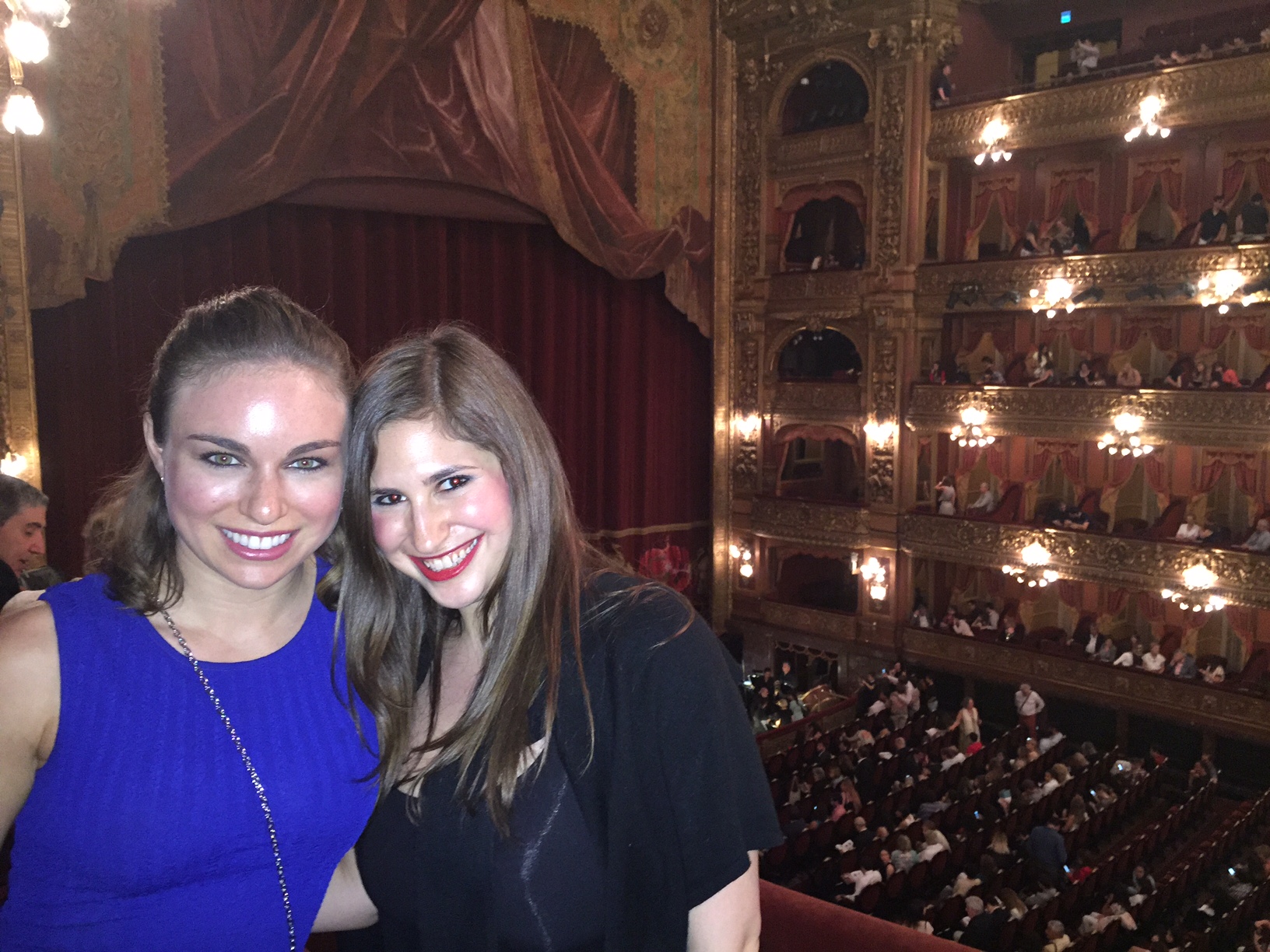 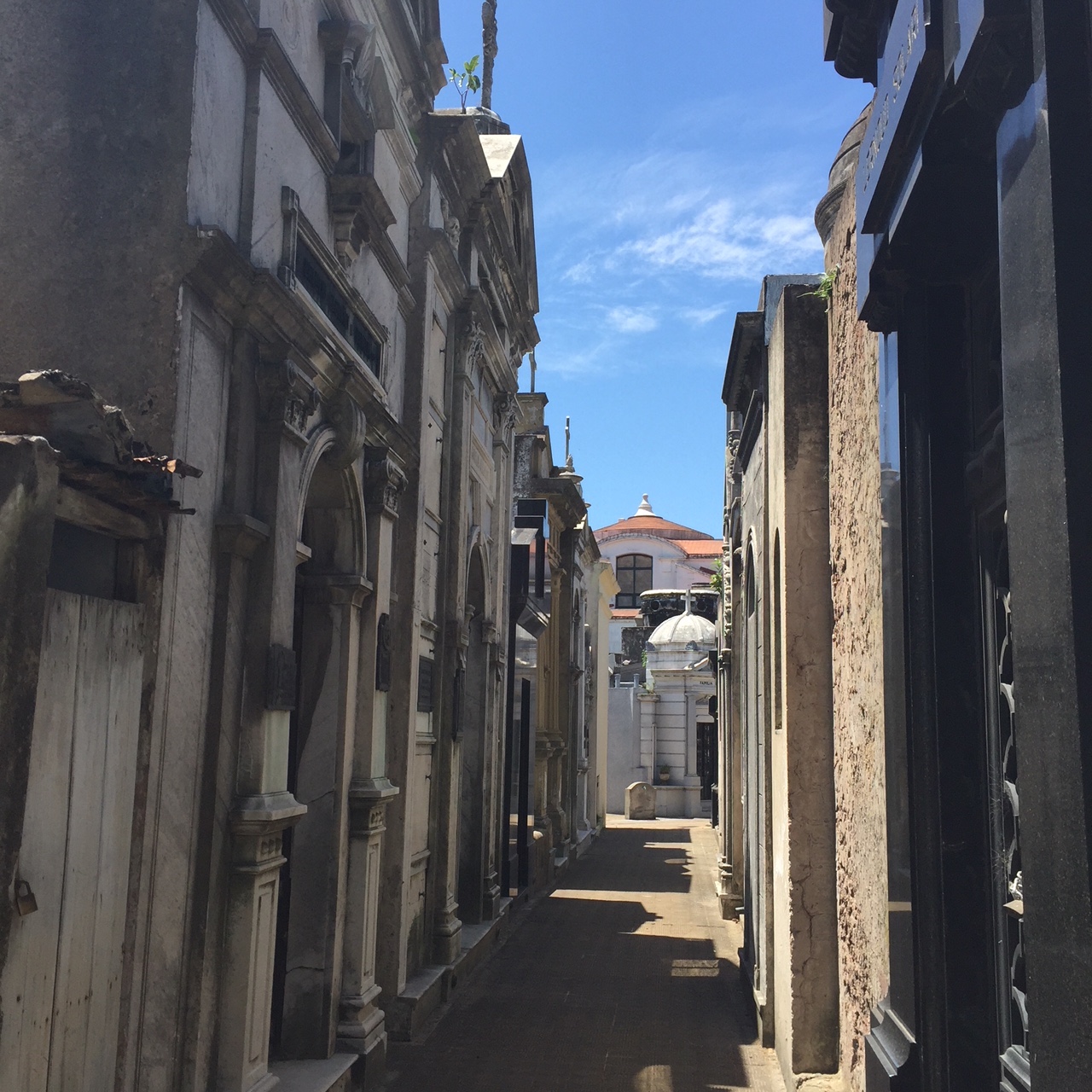 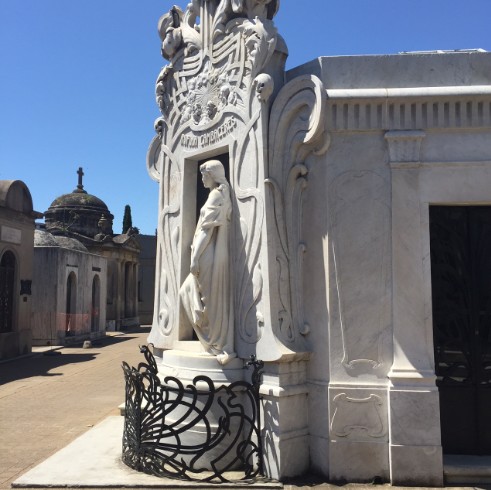 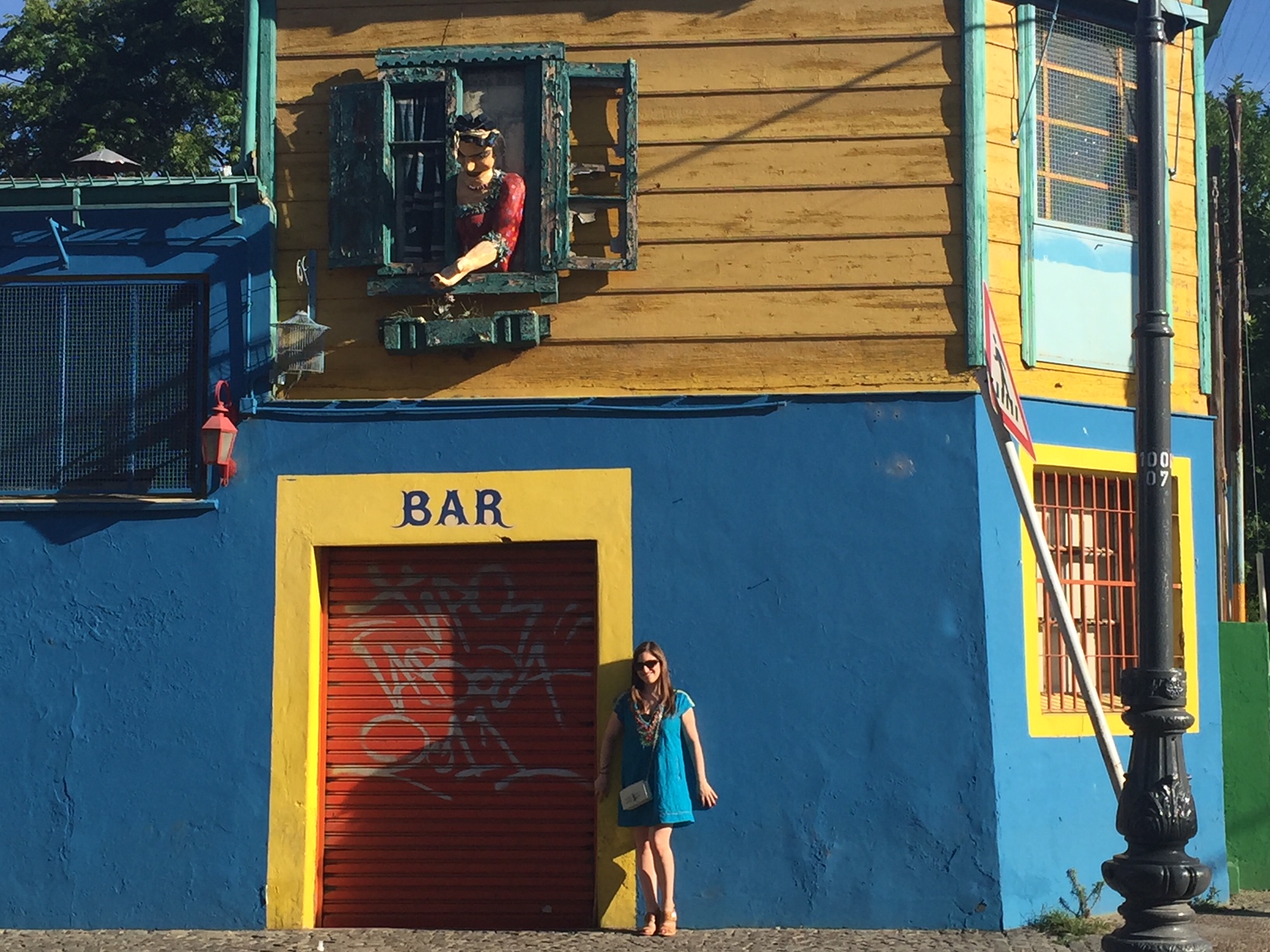 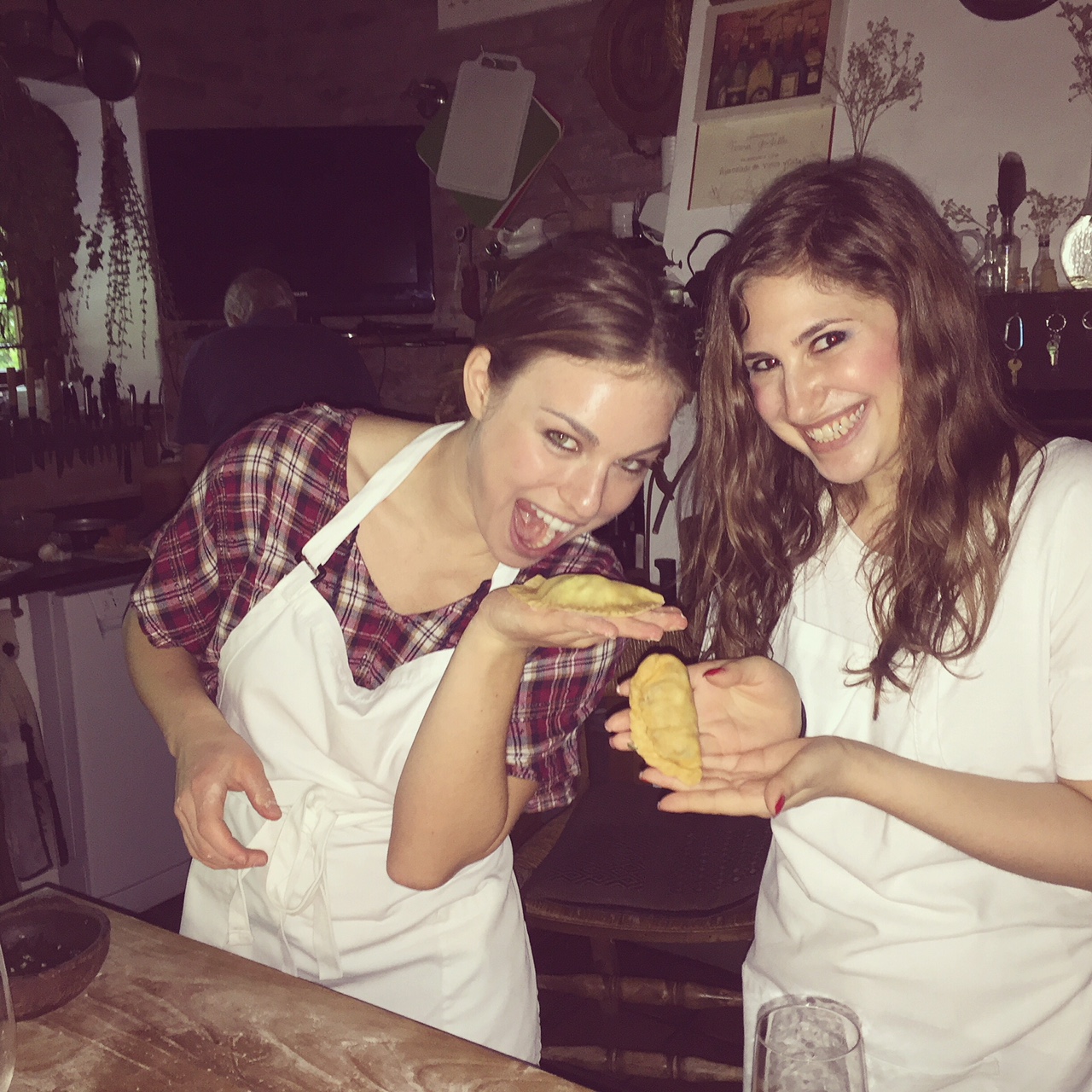 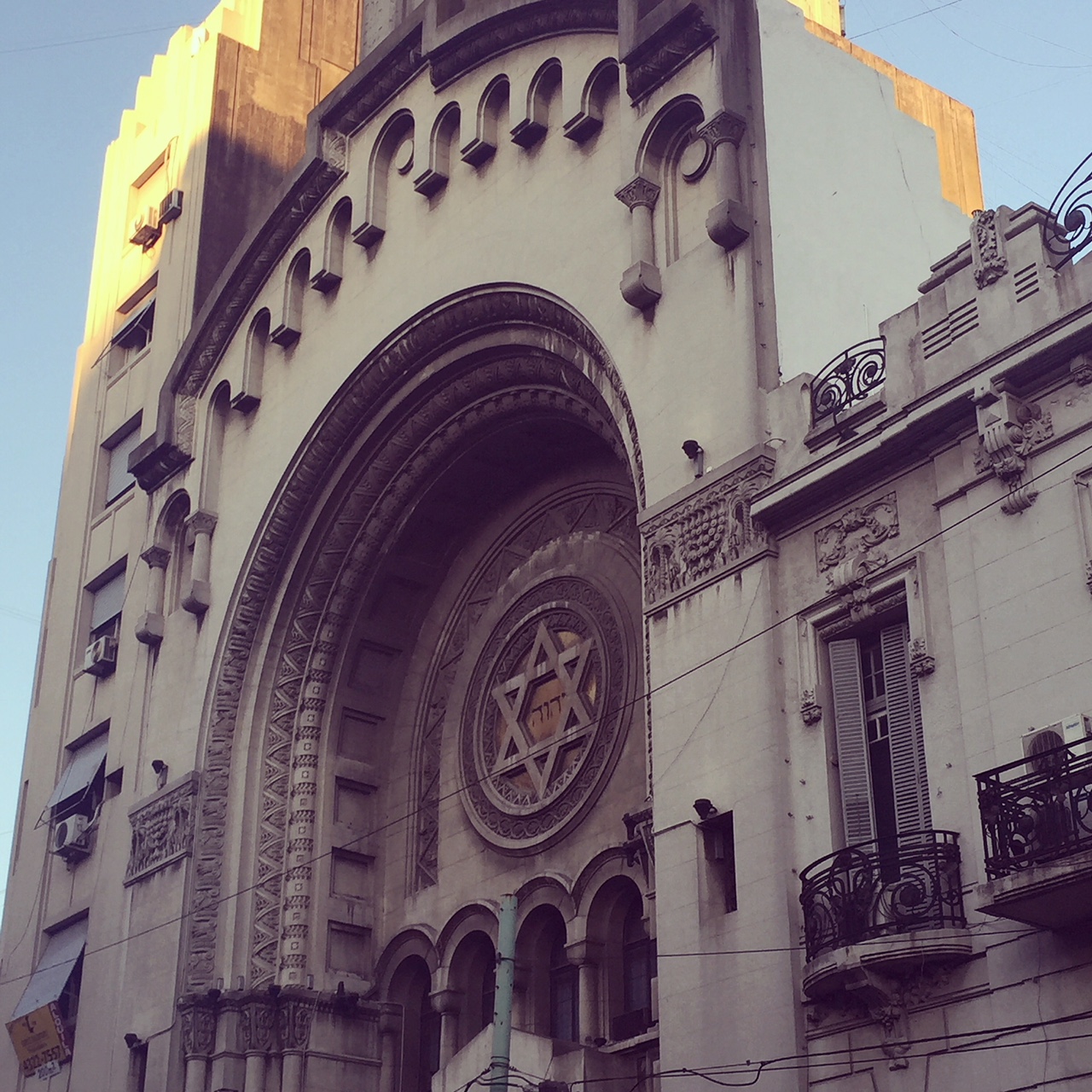