Merriam-Webster Dictionary clarifies the difference between astronomy and astrology thusly: “At one time, these two words actually were synonymous (that is, astronomy once meant what astrology means today), but they have since moved apart from each other. In current use, astronomy is concerned with ‘the study of objects and matter outside the earth's atmosphere,’ while astrology is the purported divination of how stars and planets influence our lives. Put bluntly, astronomy is a science, and astrology is not.” However I can’t help but feel that both were at play during my recent visit to Cusco, Peru.

The Incan Culture worshipped both the sun and the stars during their 15th century reign. And indeed, the sun was the first thing I saw upon arrival in Cusco. The city is located at 11,152 feet above sea level, and the sun felt stronger than usual as it beat down on my back.

I was visiting Peru to celebrate one of my best friend’s birthdays and was thrilled with the planned itinerary. After taking a day to rest and acclimate to the altitude, I met up with our wonderful group to visit Awanakancha to learn about Peruvian alpaca textile weaving. In the words of my favorite alpaca textile designer Sandra Jordan, “the dyeing process is divine”! We were shown how different plants and insects were used to make natural dyes for the yarns after the alpacas were sheared.

For instance, when crushed with a mortar and pestle, cochineal beetles create a rich, currant red color. While the bark of local Yanali trees produces an ochre orange once boiled. It was heavenly to watch Peruvian women use age-old techniques and organic methods to produce beautiful painter’s palettes of color to dye yarn.

Baby alpaca fiber, in particular, is sumptuously soft, does not itch, and is neither overwhelmingly hot nor heavy; which is what makes it such a desirable material.

I should know. I purchased my weight’s worth in baby alpaca goods and felt momentarily compelled to smuggle a live baby alpaca (with whom I shared a long embrace) out of Peru in my collapsible suitcase. I still think the little guy would have much preferred my smog-filled New York City apartment to the boundless and picturesque mountains of Peru.

Once I finally let go of my baby alpaca friend, I prepared to visit the one and only Machu Picchu. It is considered by most to be one of The “New” Seven Wonders of The World. Of the original Seven Wonders, only the Great Pyramid of Giza still exists.

Our group took the Peru Rail train, which led us through the Andes for several hours. We then had to take another bus ride. Many choose to hike the actual Inca Trail, which is laughably out of my league. In fact, most of my family and friends were shocked to learn that I did not wear heels (there was an actual sign forbidding them at the entrance to Machu Picchu). What’s a city girl to do?

Just the short climb from the entrance was a struggle for me. But the majority of our group chose to subsequently hike to the top of Huayna Picchu (like I could ever make that hike, even in flats!)

Once I set foot at the top of Machu Picchu, looking down on the previously hidden Incan citadel was extraordinary. It was not just my asthma nor the altitude that took my breath away!

The architecture itself was ingenious and meticulous. In place of grout, the Incas actually used the dust of the stones in between each stone to hold them precisely in place.

The Incas chose to build their ceremonial places at high-altitudes where they believed they were closer to their gods. And I could not help but feel this connection as I stood steady, seemingly above the clouds, looking down upon the earth.

The Incan goddess of the Peruvian Andes is named “Pachamama”, meaning mother earth. I heard this name repeatedly from our guide. The Incas worshipped many gods and goddesses centered around the natural world. But what fascinates me the most is their interconnectedness to the world of astronomy, and how it lent meaning and order to their lives.

On the way back from Machu Picchu in the evening, our van stopped and we stepped outside for a few minutes to look at the stars. I was floored. An incongruous phantasm of shimmering lights twinkled above me, radiating energy. I felt this surprisingly deep and even spiritual connection to the earth and sky. I thought about close family and friends who have passed looking down on me. I looked at the constellations as our guide pointed out where Venus was glistening above.

I felt a soft gust of wind as I continued to look up, mesmerized. I am an Aquarius after all, which is an air sign in astrology.

Air signs are said to be most connected to their emotions. But the Incas were aware that Aquarians were also known to be analytical, innovative, and independent. I had an epiphany in my realization that analytics and emotions are not as far apart as we seem to think.

The Incas recognized Zodiac patterns like the Babylonians before them. However, they also created their own star signs and used the space between the stars to create constellations. These are considered “dark” constellations.

Often the focus of Incan astronomy revolved around winter and summer solstices, so that they could predict agricultural cycles. Everything in the universe was integrally intertwined in Incan culture.

In the few fleeting moments standing under the mystical stars in Cusco, I felt that connection.

Or perhaps the feeling was not as fleeting as I had anticipated. Now, during these unprecedented and frightening times, I am so much more conscious of my connection to the universe and the world around me. We are all experiencing the same universal pandemic as one. And in the precious few moments that I venture out of my small New York City apartment, I feel more synergy with the earth and sky than ever.

This blog’s design is a dining room inspired by the great astronomers and architects of the Incan Empire. The geometric shapes of the sculptures and area rug by The Rug Company feel like a modern interpretation of the Incan temple steps and terraces. The drapery is (of course) a Sandra Jordan alpaca textile with an Houles gimp trim. It’s grassy color evokes that of the Andes mountains.

The Pierre Frey wallcovering shows woven caftans (which I saw in many places throughout Peru); while the Ochre pendant lights dance like the stars in the Cusco sky. Finally, the Asher Israelow dining table can be customized to actually show any stars or constellations that a client desires. Even the Incan “dark” constellations. What should yours show? 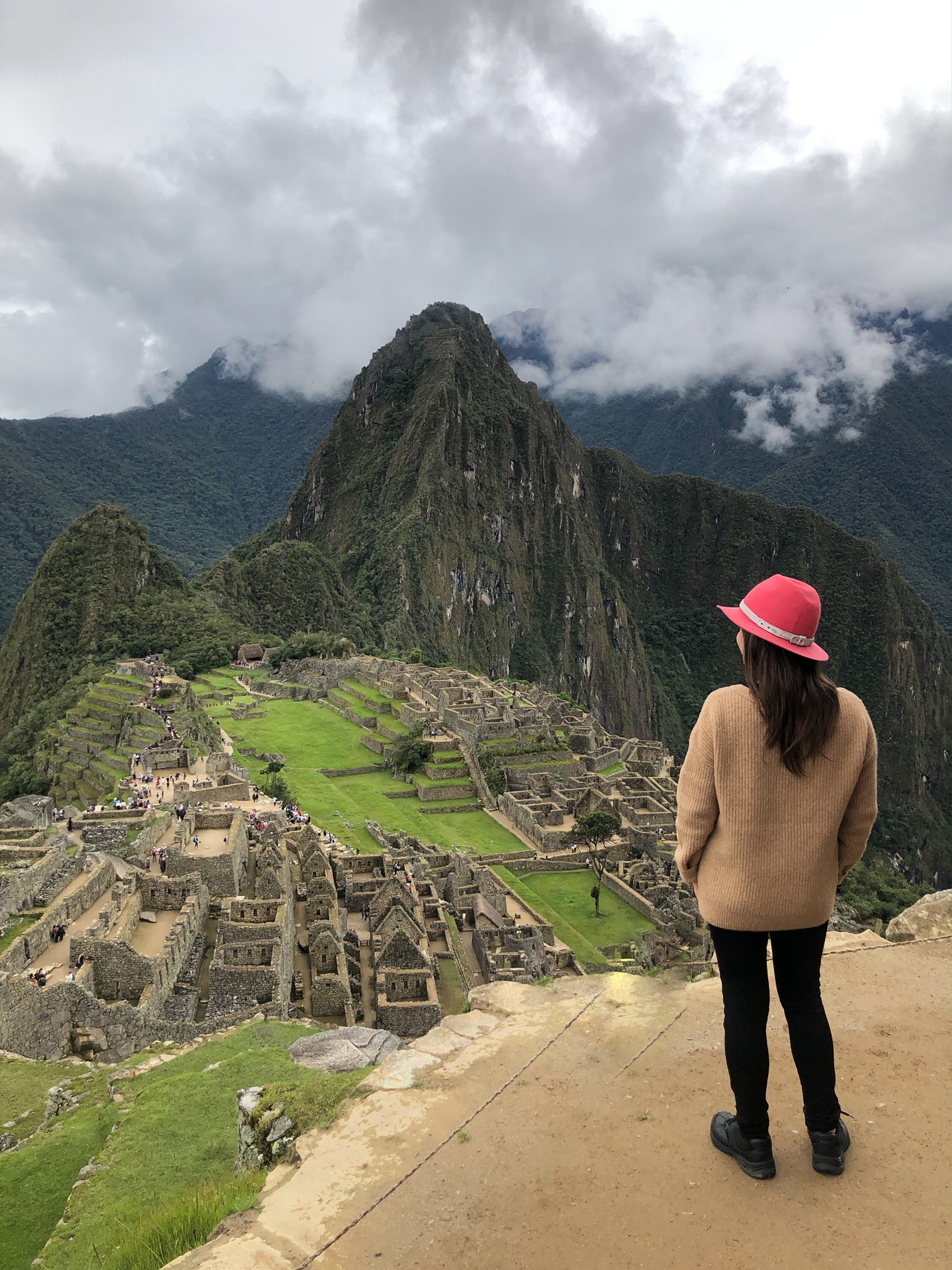 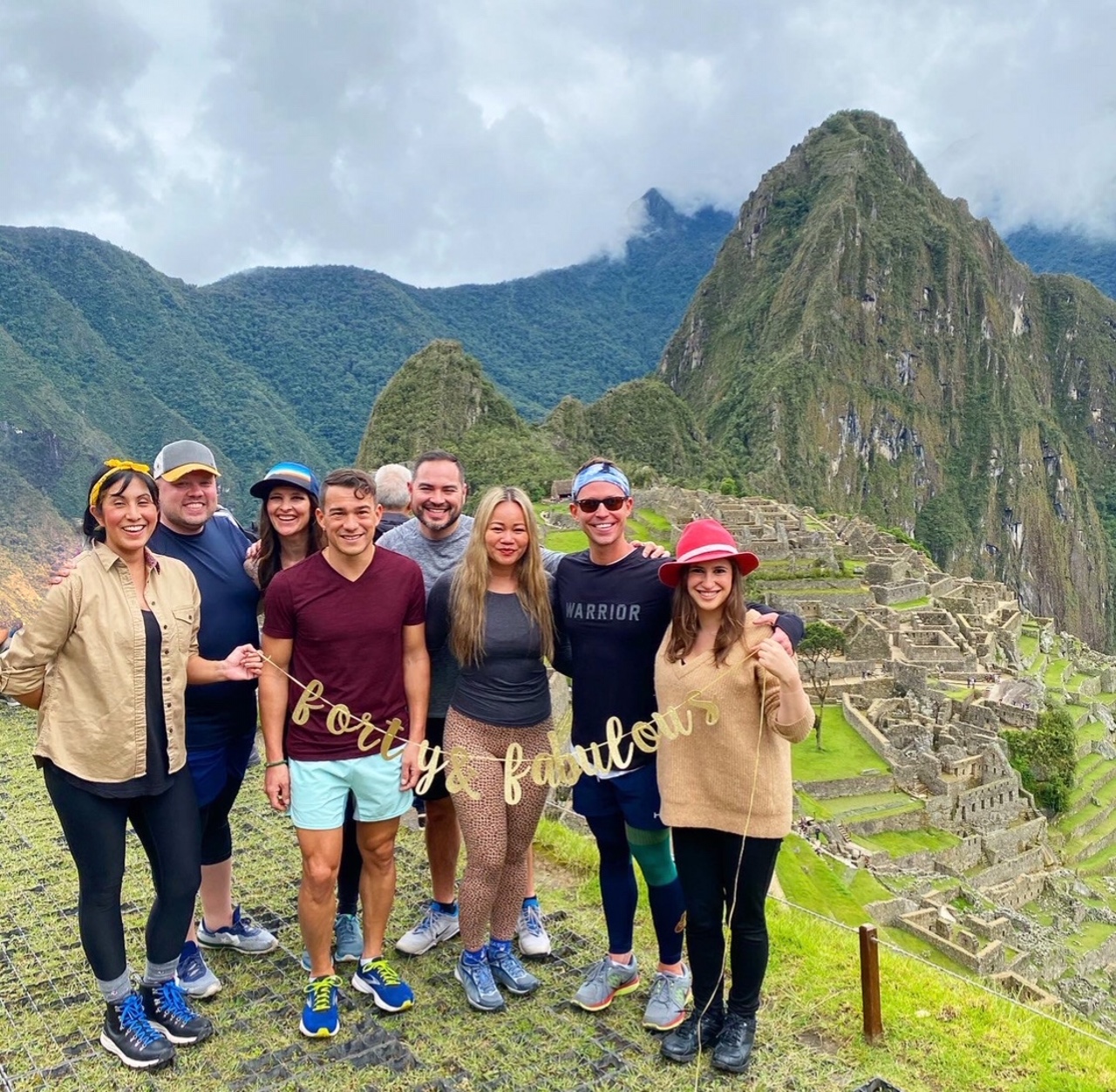 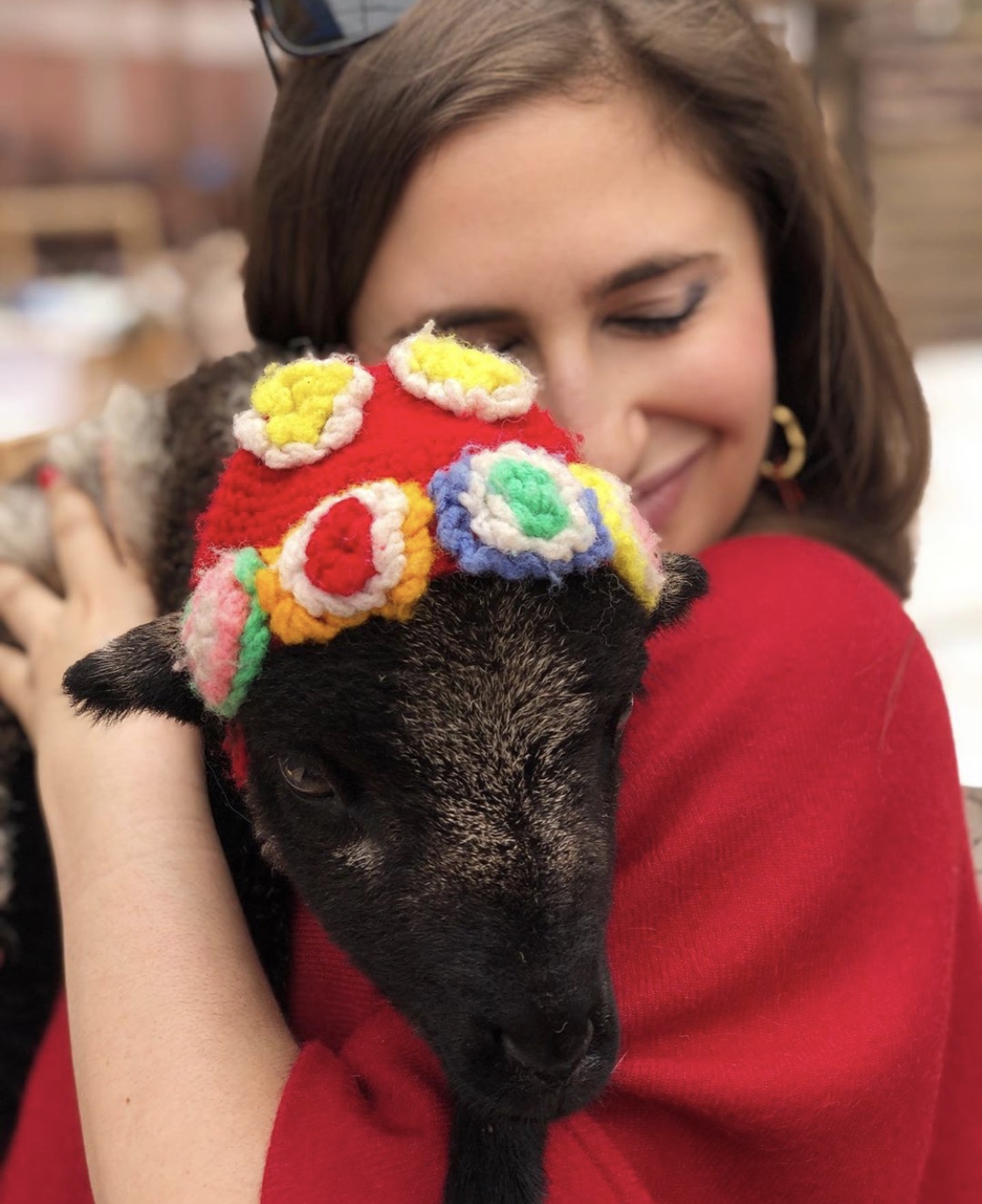 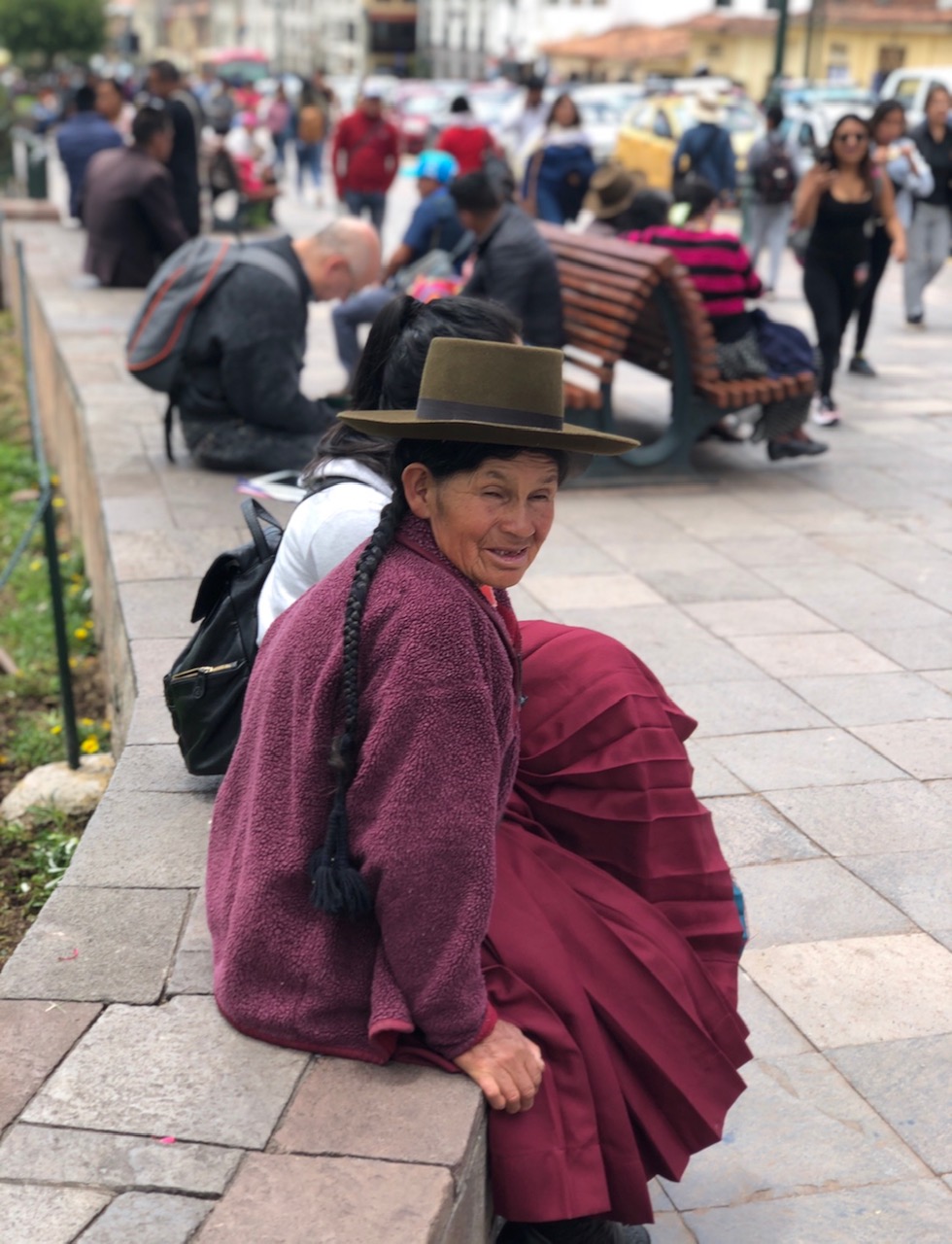 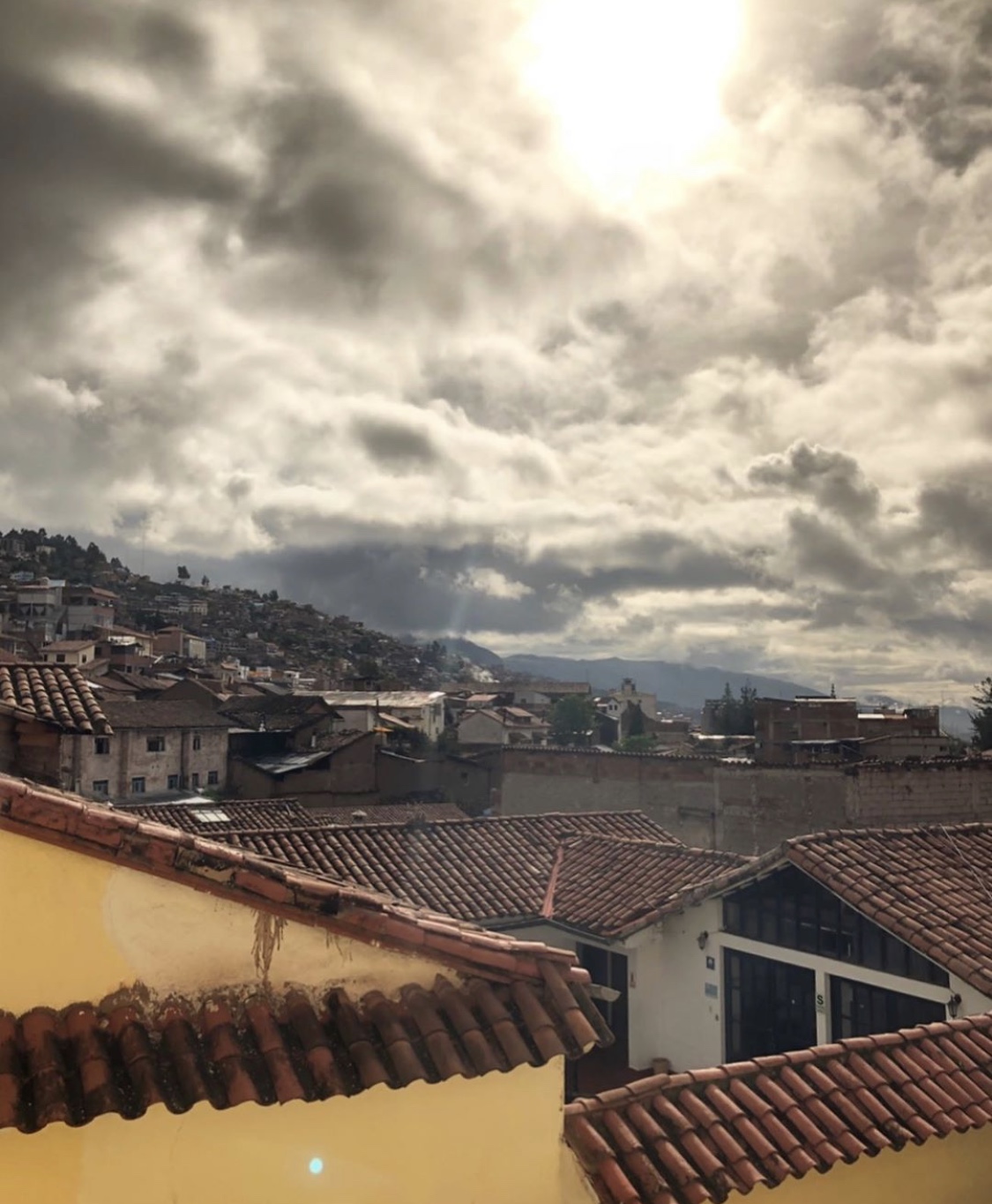 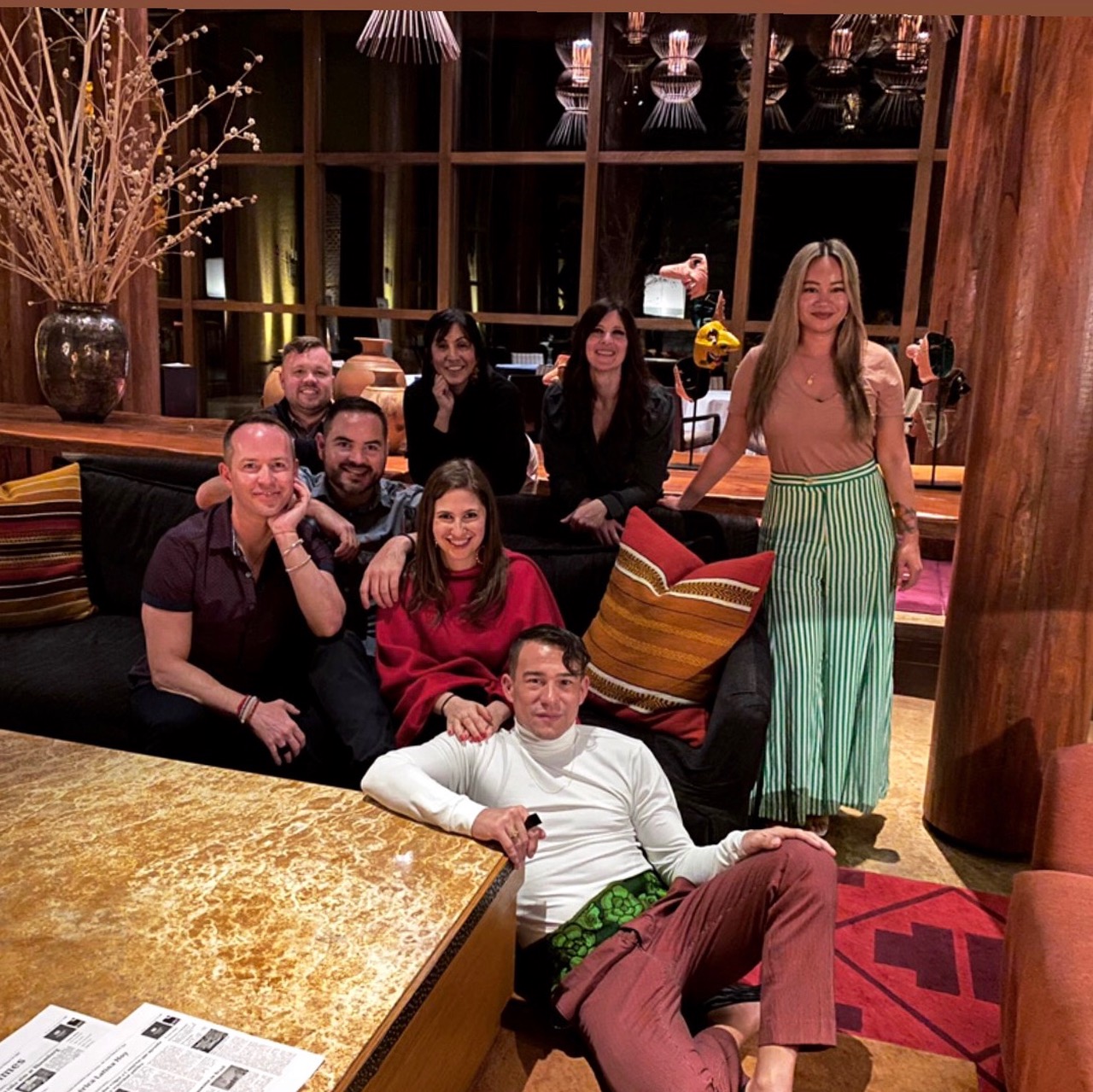 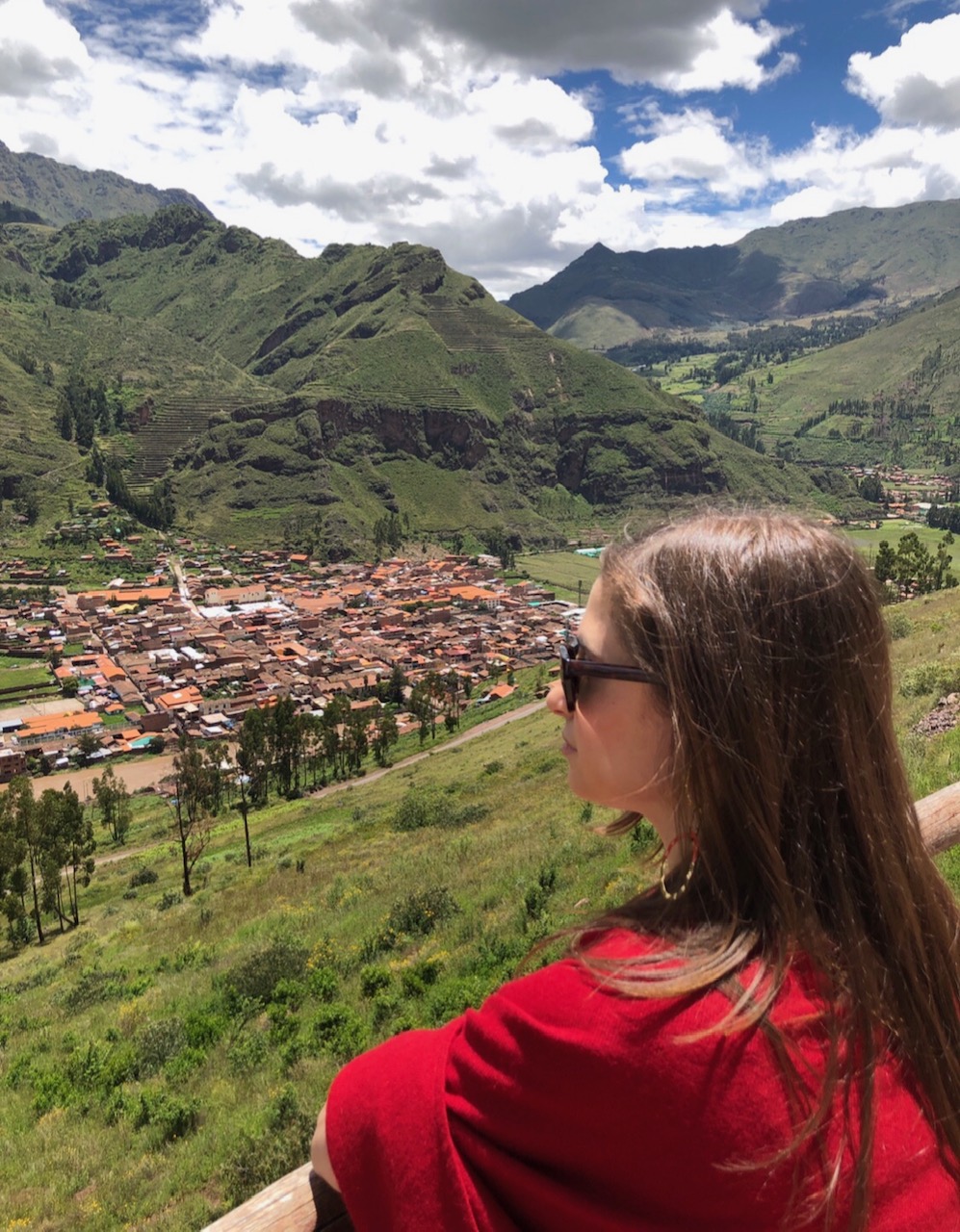 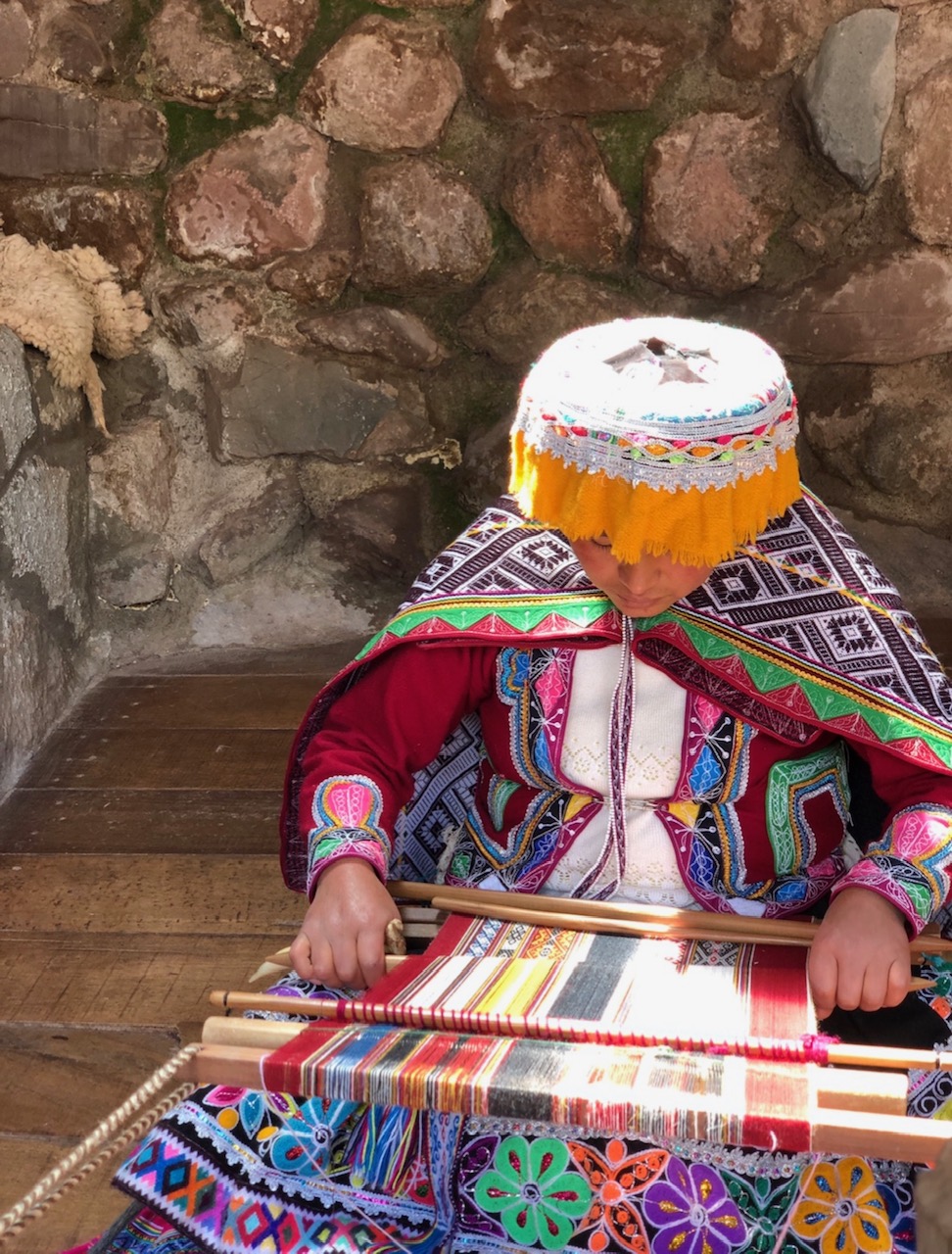 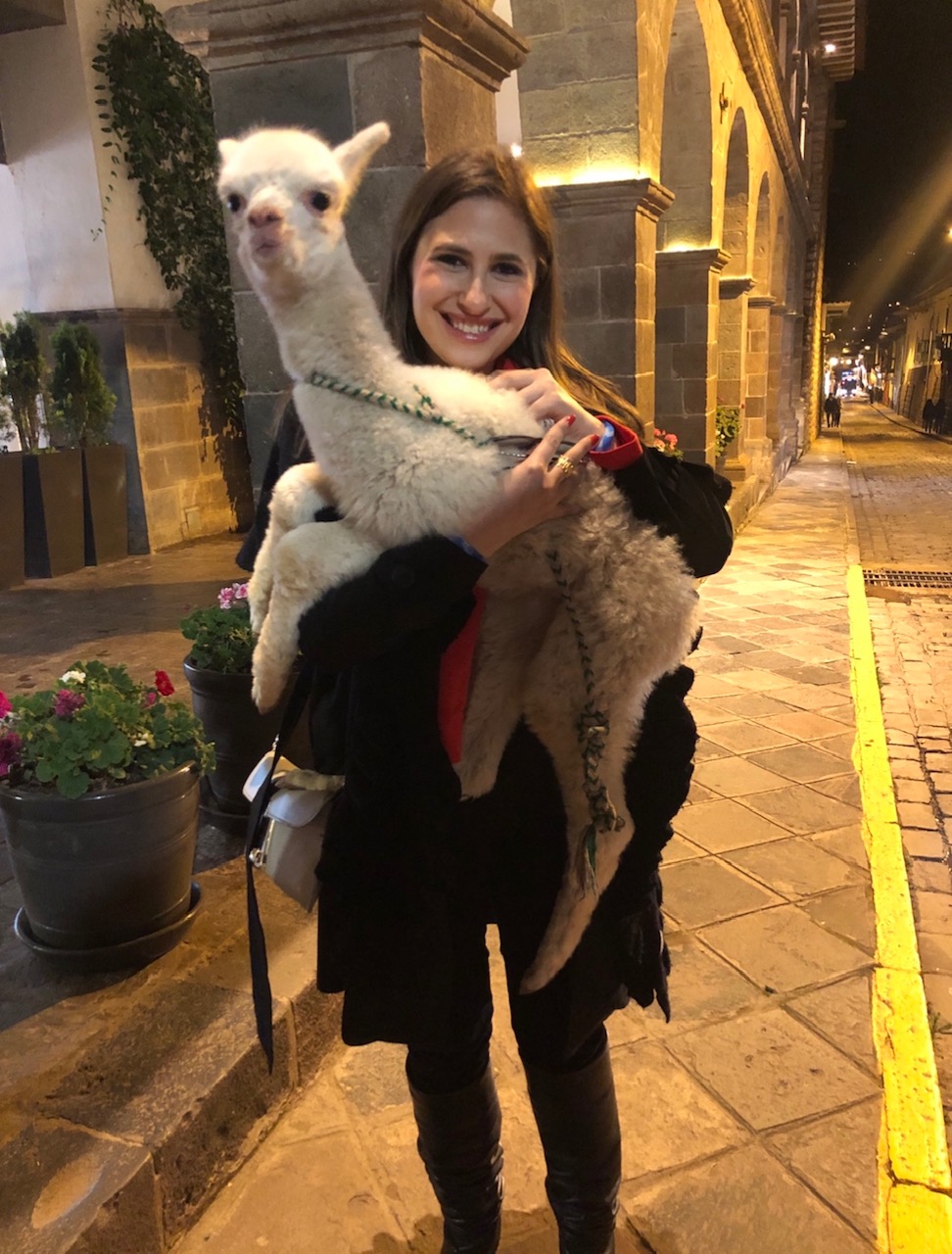 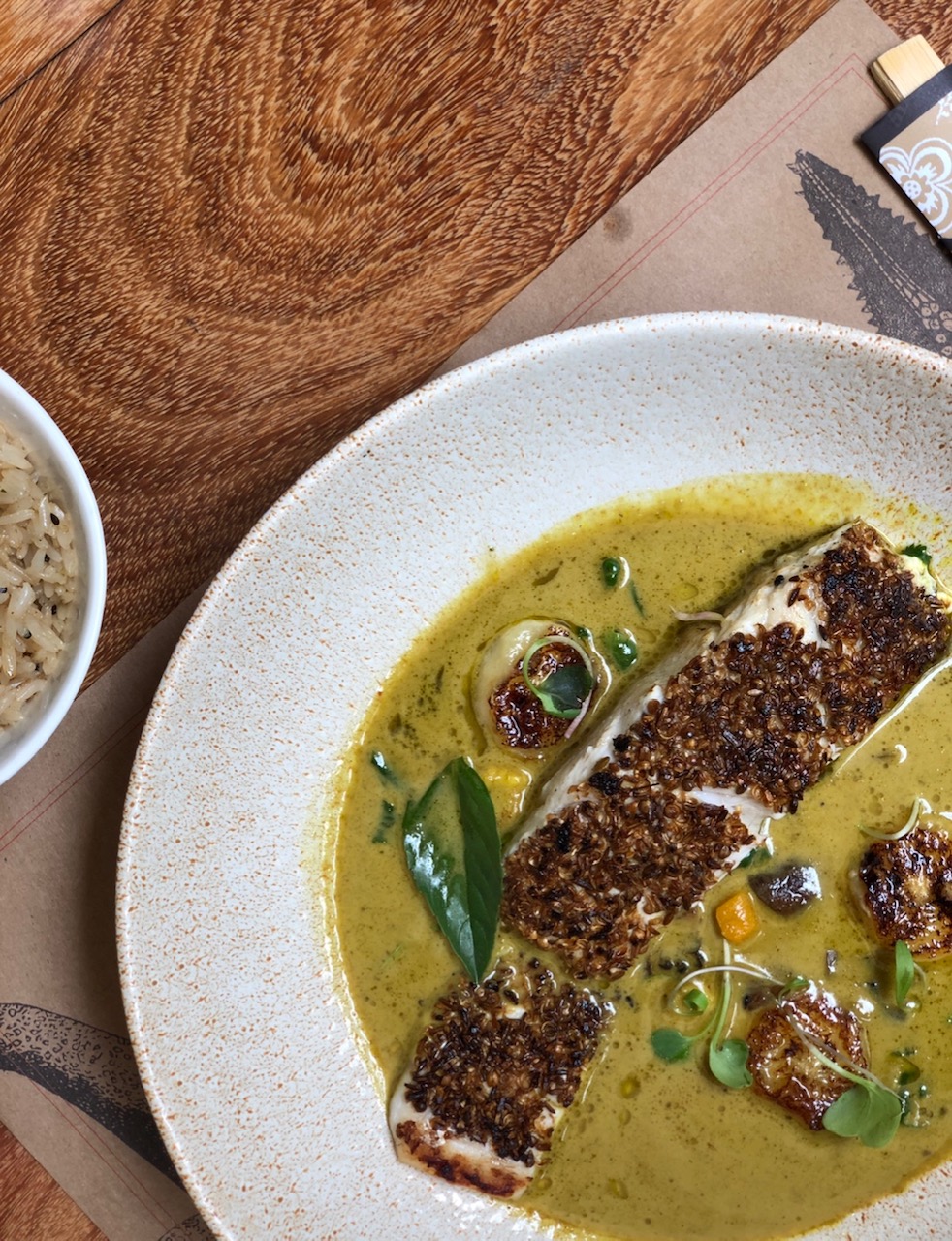 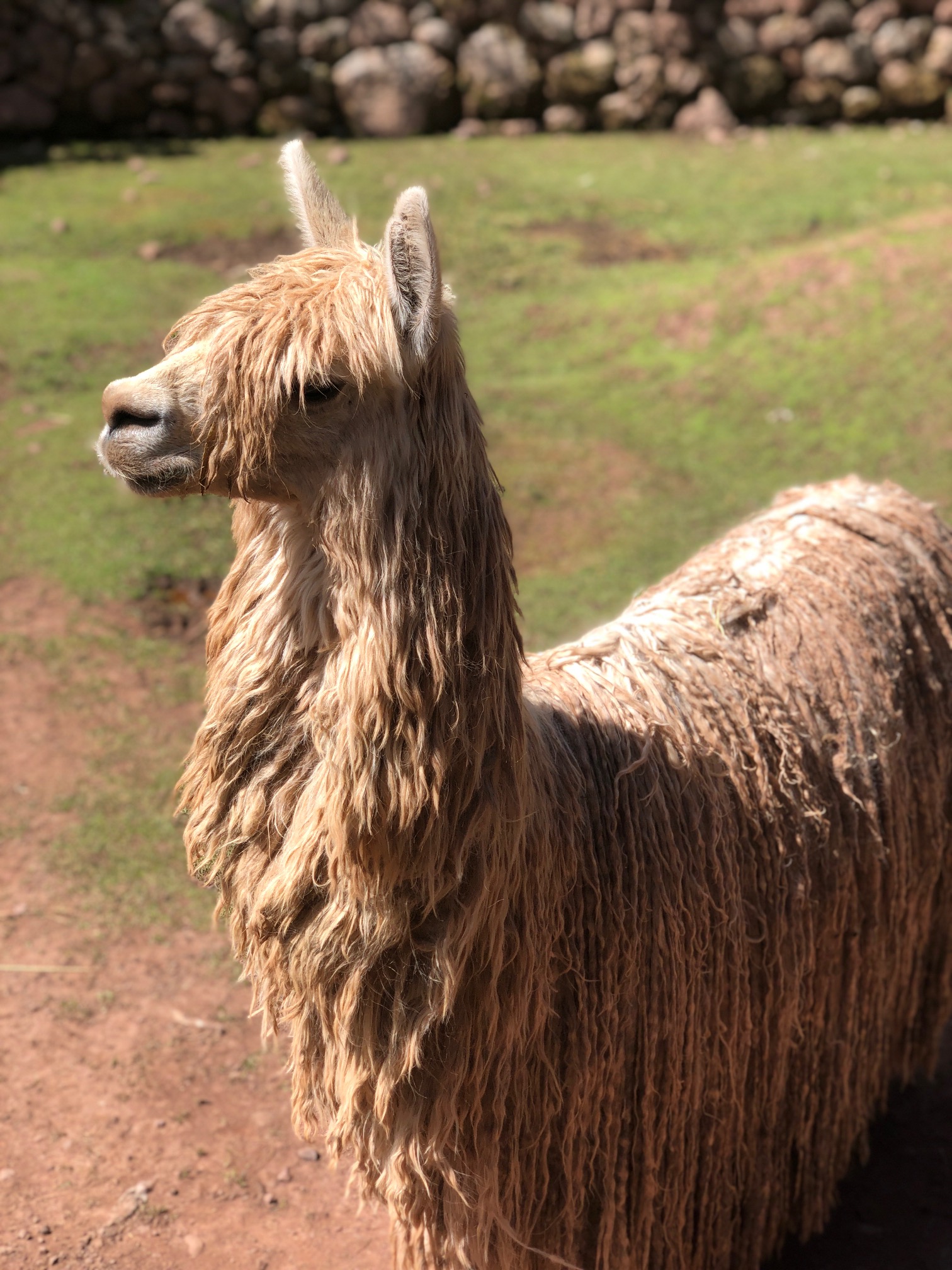 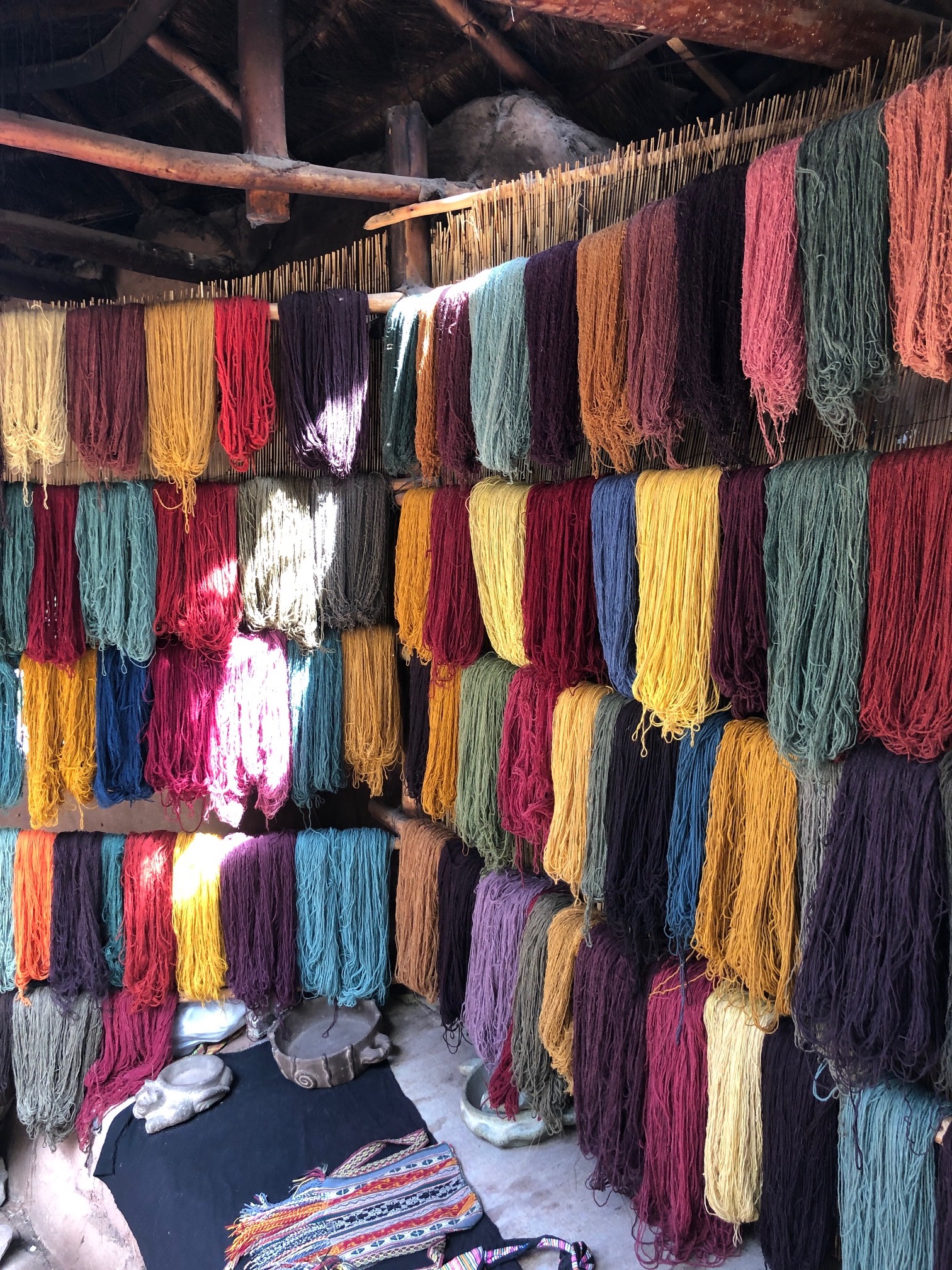 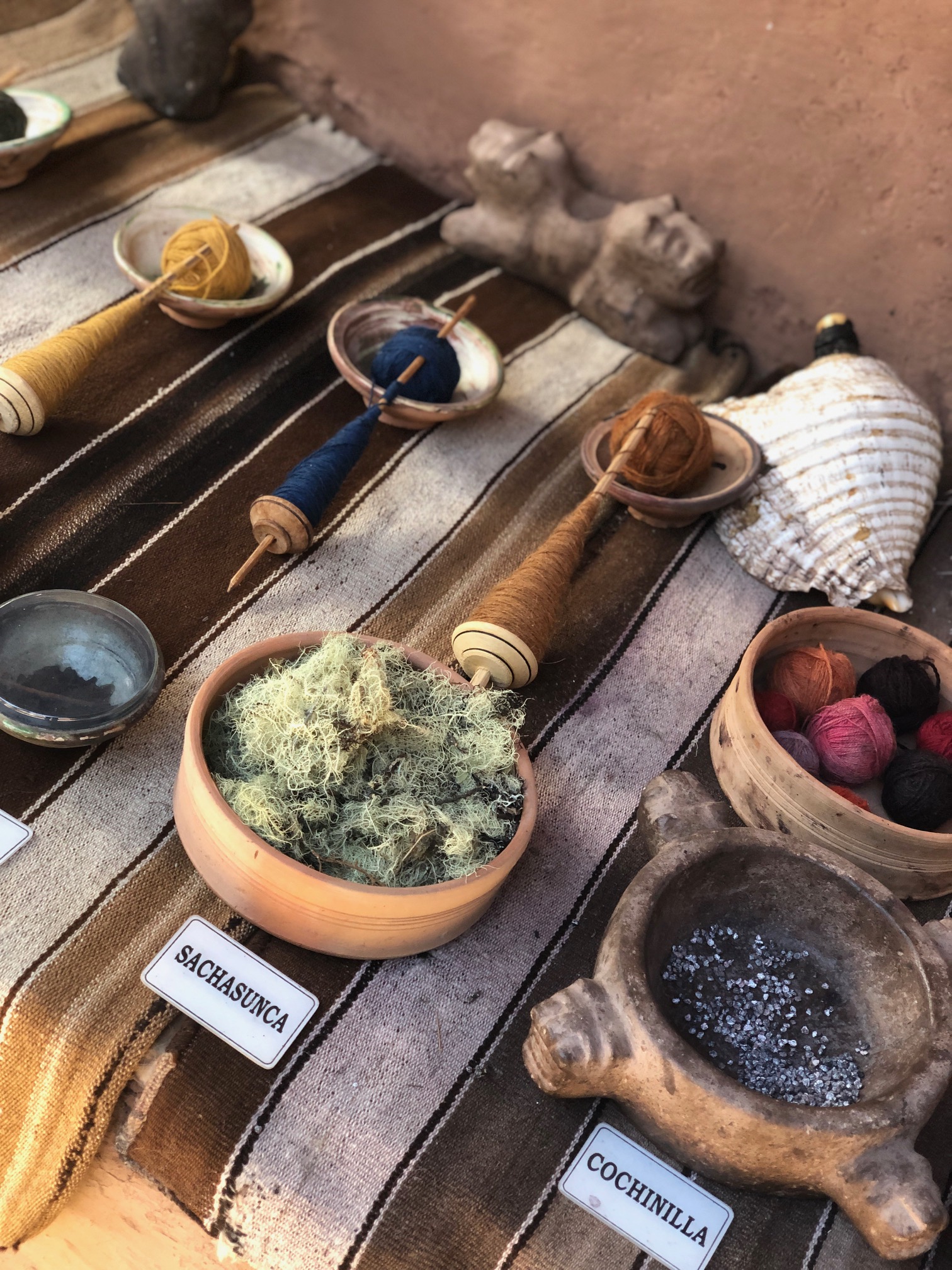 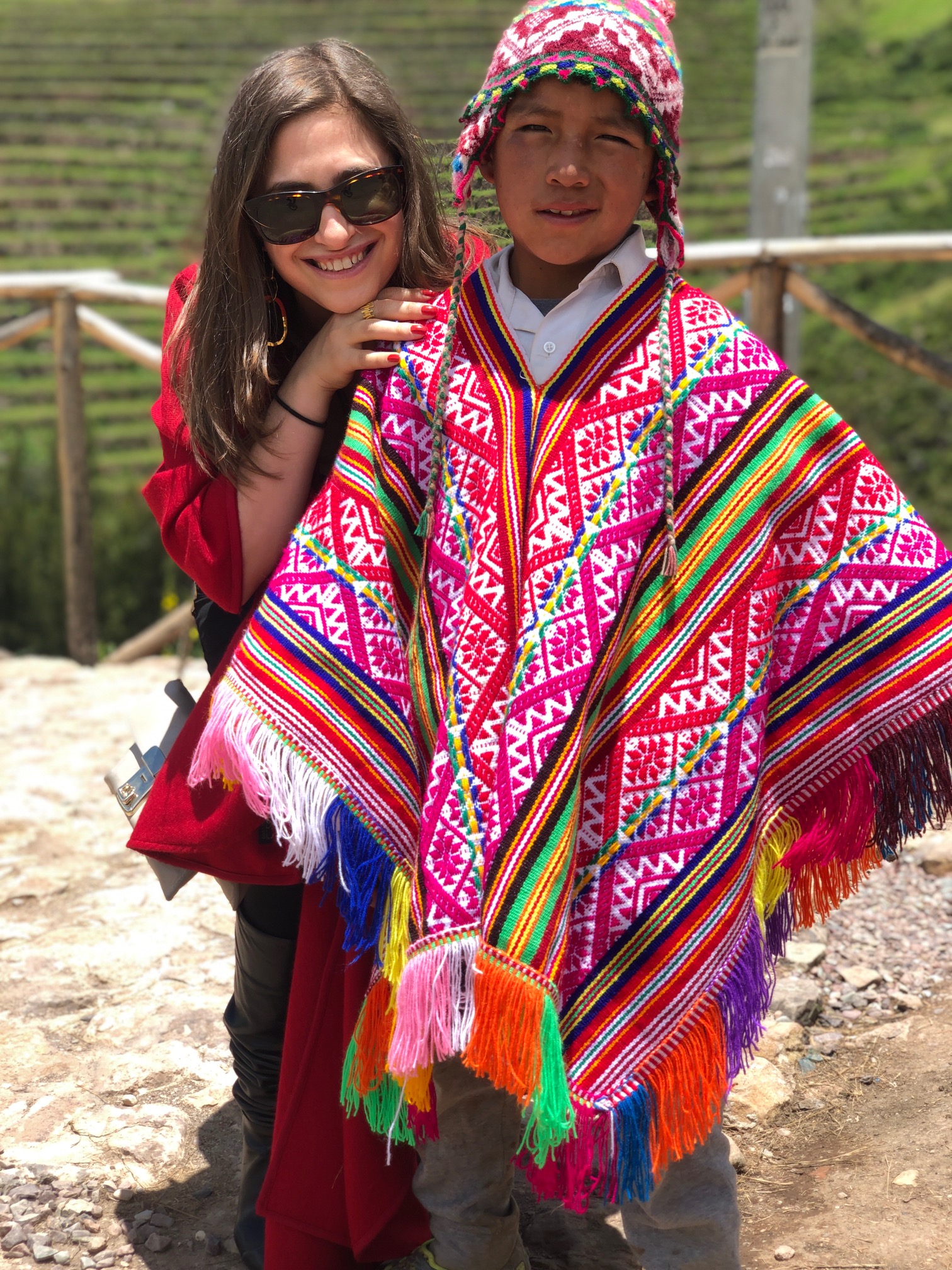 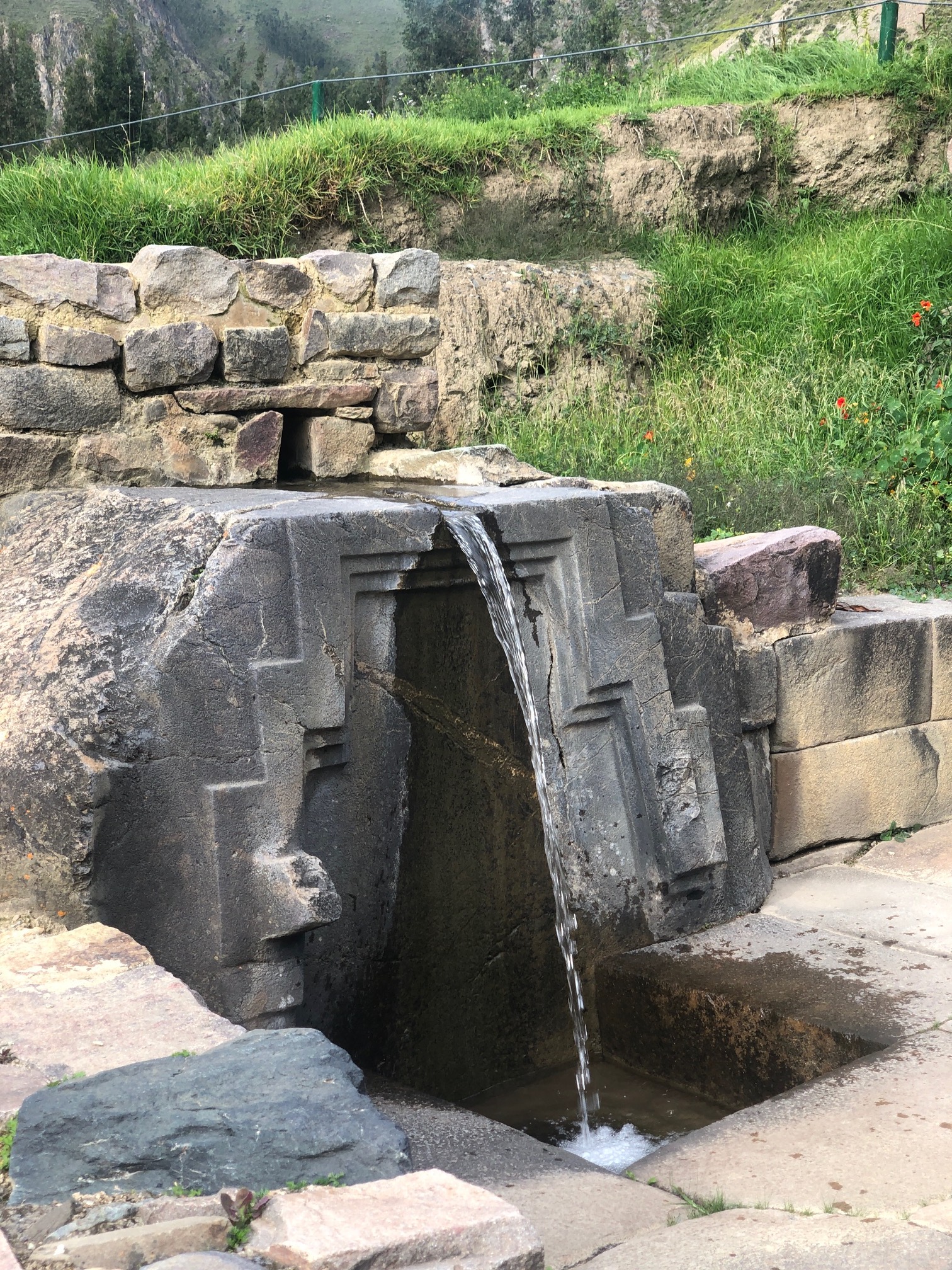 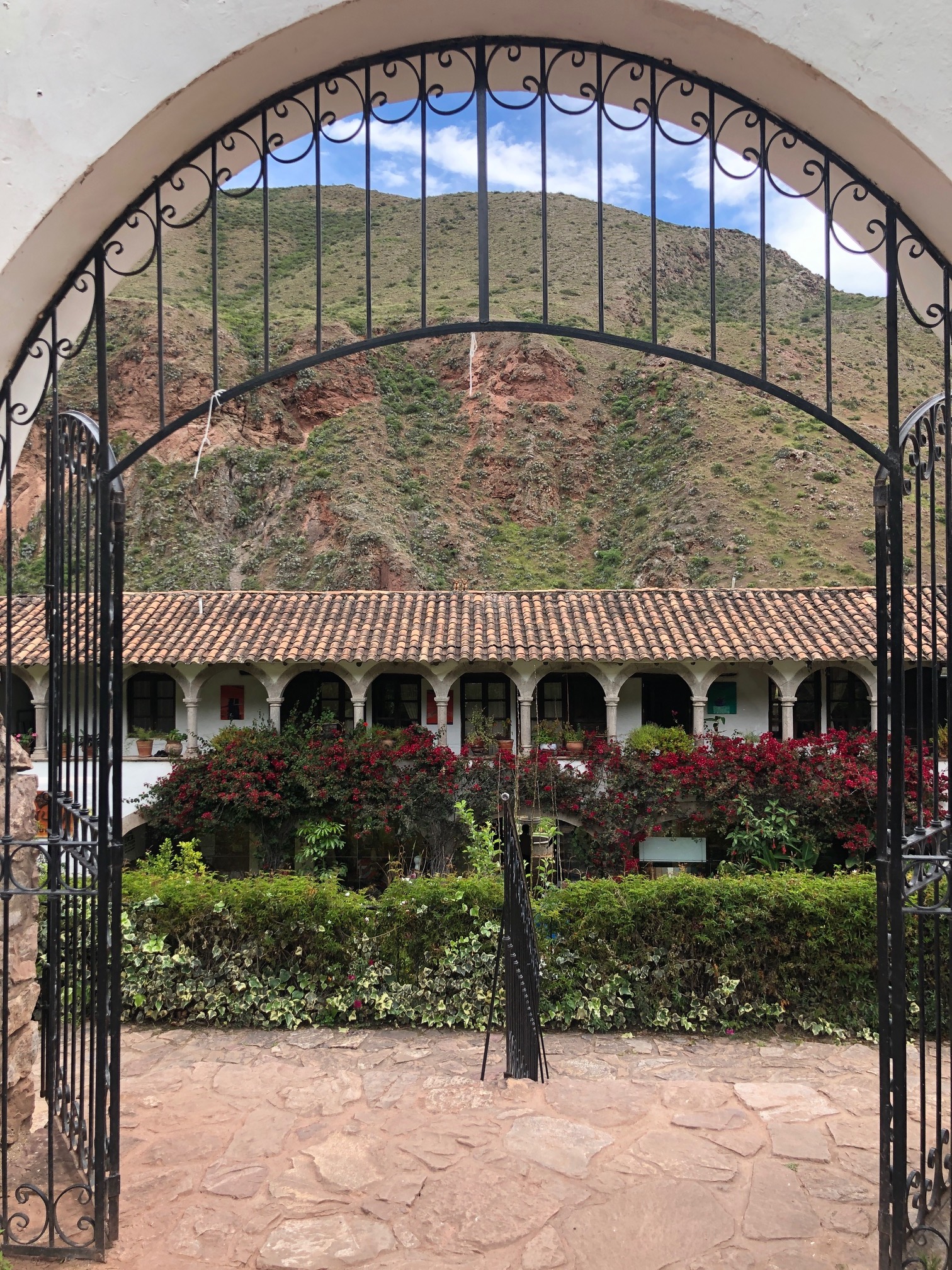 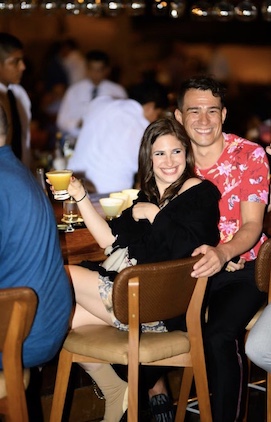 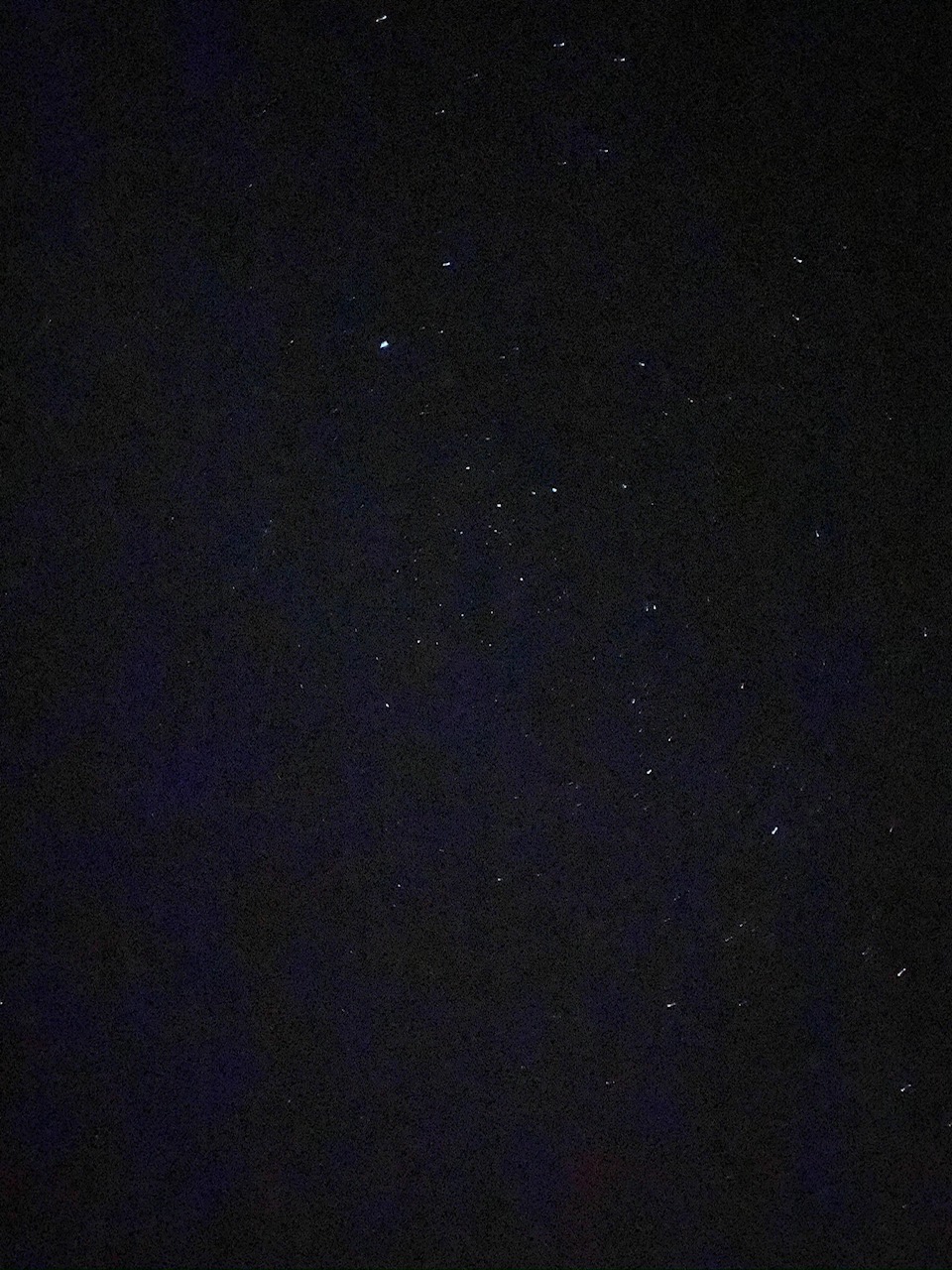