My last minute trip to Madrid, Spain in May of 2016 was certainly an unforgettable experience. While I can’t say the people were as warm as I had anticipated, the architecture and history were fascinating. There were a few mishaps along the way, as is characteristic of travel, including getting locked out of my Air Bnb and an attempted mugging (I set HIM straight).

A memorable incident (to say the least) occurred when I made the mistake of attending a bullfight. For those of you who are familiar with the “sport”, I want to preface this by clarifying that I had NO IDEA what happened at the end of a bullfight when I bought the ticket. I assumed that a bull just chased around a toreador and he yelled “Ole”!

I was so excited walking in. The Las Ventas arena was magnificent and bursting with virility. I rented my seat cushion, got a glass of wine and was taking all sorts of selfies and videos. Once I settled into my seat, there was a vast display of theatrics. Men in feathers rode by on horses and toreadors in colorful garb marched in formation.

Finally, the toreador and the bull locked eyes in the center of the arena. The toreador increasingly agitated the bull as it continued to charge at him and his cape. At this point I thought “hmm, this is rather uncivilized, but I guess it’s tradition”.

After a brief period of time, the bull collapsed in total exhaustion and the toreador pulled out a medieval sword and stabbed the bull in the neck until it was no longer breathing. I audibly gasped in horror. People turned around to stare at me as everyone else was cheering as if a quarterback had just scored a touchdown. I was so traumatized that I practically ran out of the arena. I couldn’t believe that I had unknowingly participated in such an act of animal cruelty!

I spent the rest of my evening trying to calm down, exchanging messages with friends in the states about my experience. I must have told at least five people that I would be attending a bullfight, and apparently no one thought to warn me about how things ended.

The next day I felt much better and was able to laugh things off. I was thrilled to be taking my ritual cooking class and learning to make Spanish Paella. The teacher took my group for a walking tour of Madrid’s oldest market to teach us about smoked paprika, saffron, and other wonderful Spanish ingredients. At one point, we stopped at a meat stand. My teacher pointed to an unidentified red meat and said “of course this is the only market in Madrid where you can buy the bull meat from the actual bull killed in the fight”. I went bone white. Poor Billy the Bull (as I had affectionately named him) was still being humiliated post mortem. “Clearly there are no stress hormones in that” I blurted out. I was the recipient of more disapproval by several offended locals. Luckily, we cooked our Paella with chicken…

I visited many churches and synagogues, jazz clubs, and museums during the remainder of my trip; the highlight of which was probably the Reina Sophia Museum as it houses Picasso’s famous “Guernica”.

This blog’s design is a living room inspired by the beautiful graphic patterns of old Madrid. The Ironies armoire calls to mind the stunning design I saw on the door of a synagogue. And the Rug Art rug and Bungalow 5 table lamp are reminiscent of the architectural patterns and shapes of the Las Ventas arena. The old world elegance of the Ebanista chandelier is an updated version of the lighting I saw in the Royal Palace. And the regal navy and apricot colors provide a stylish complement to the Baker chair inspired by the arches of Madrid’s churches. 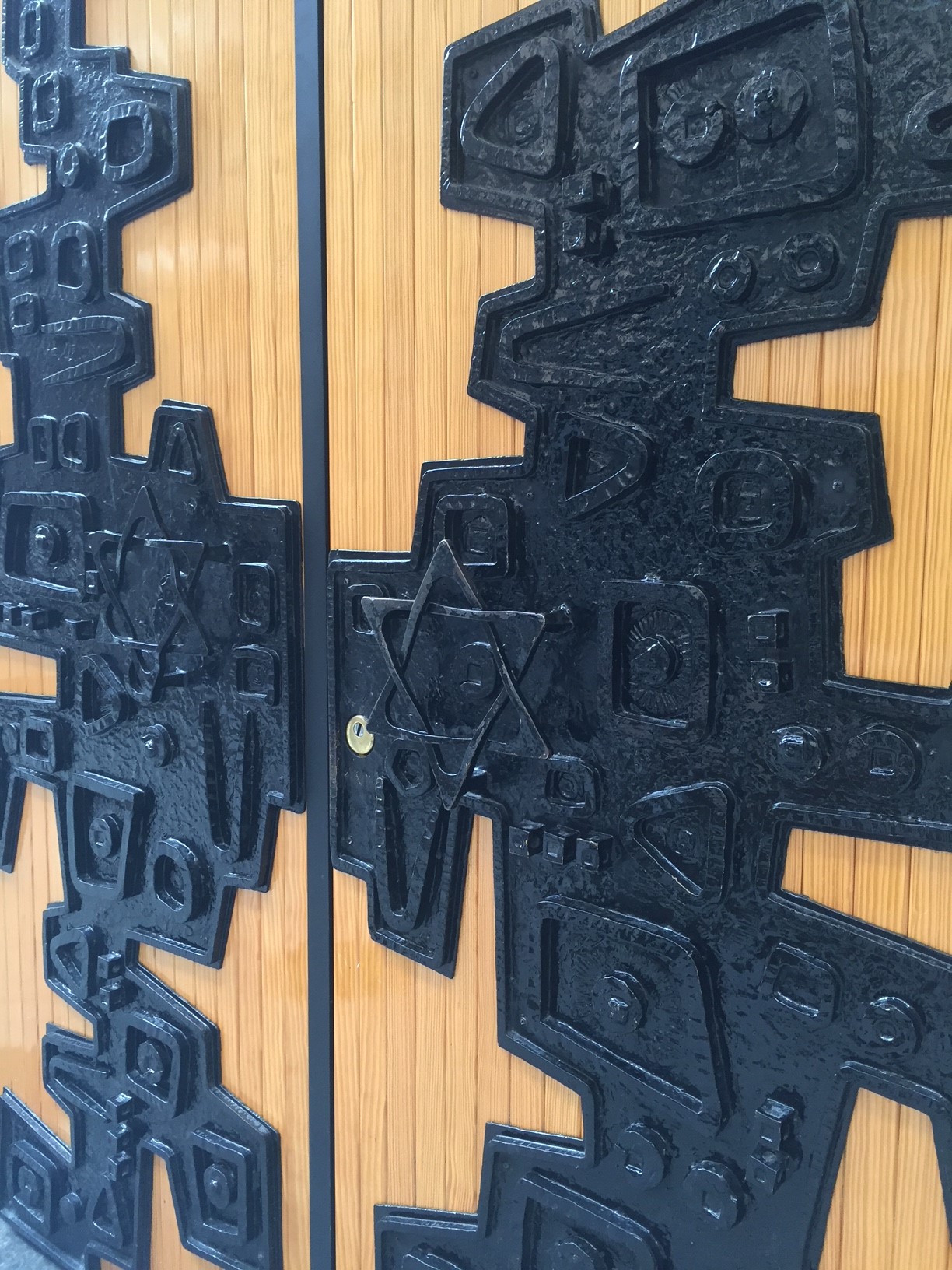 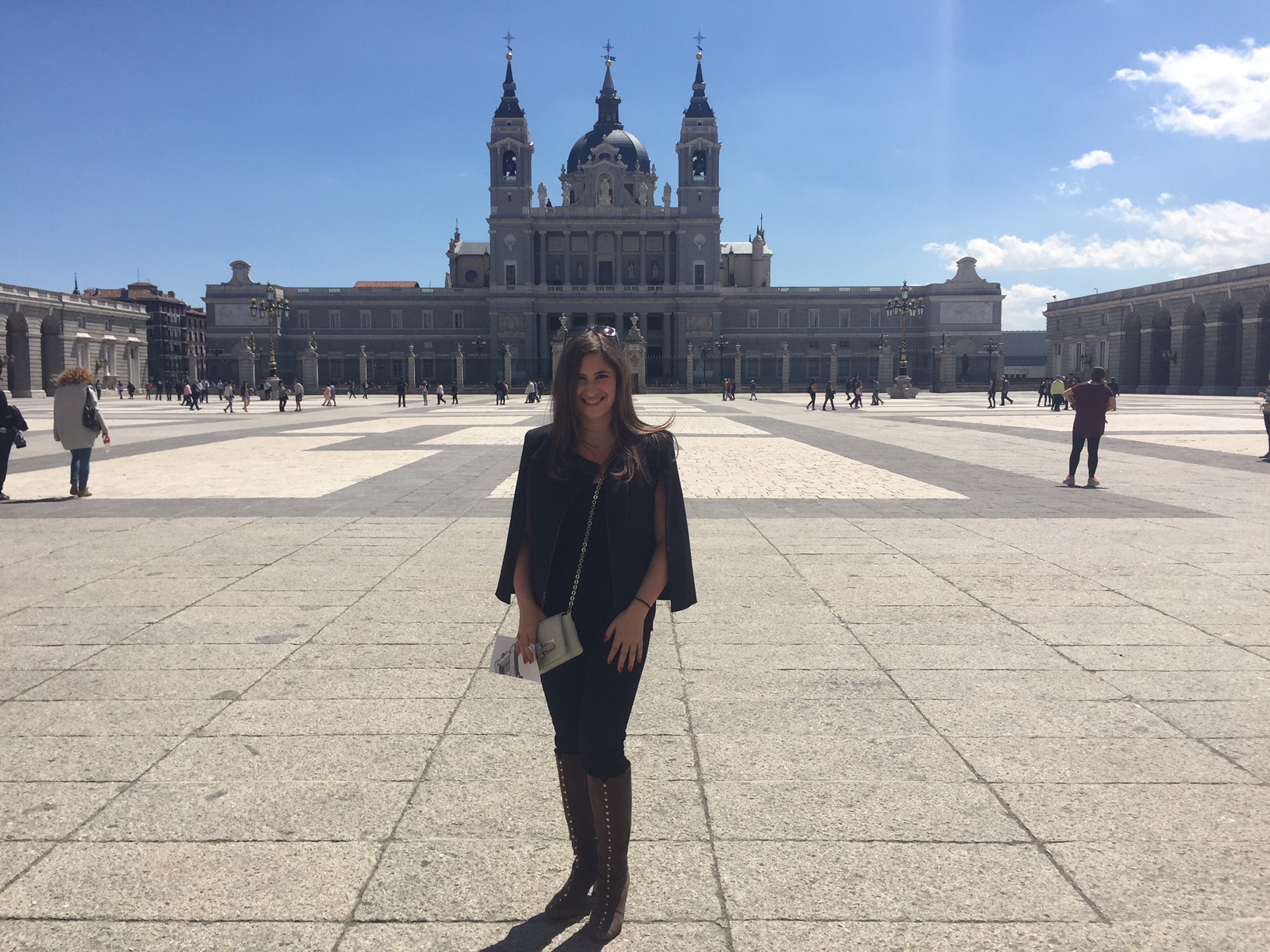 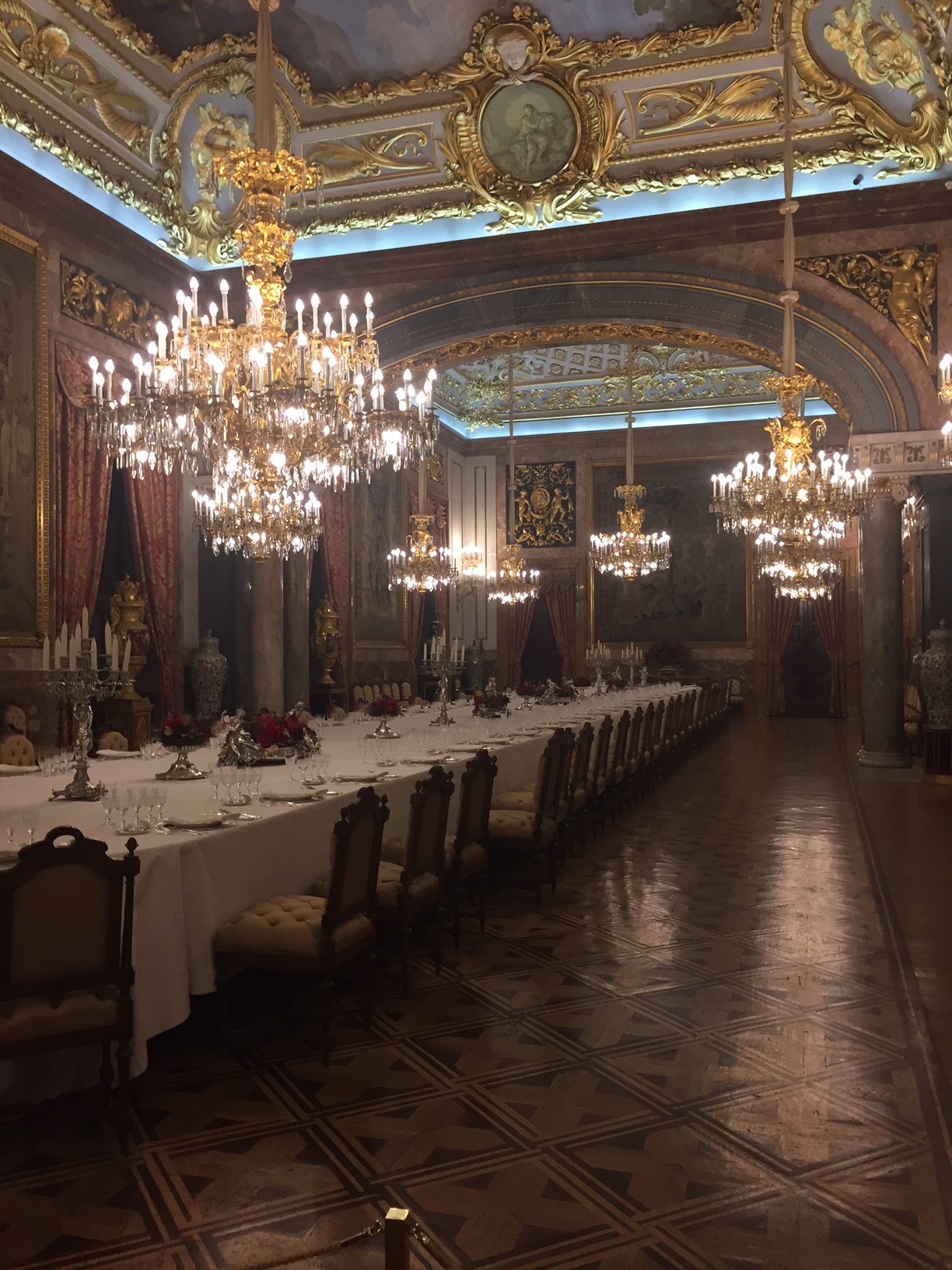 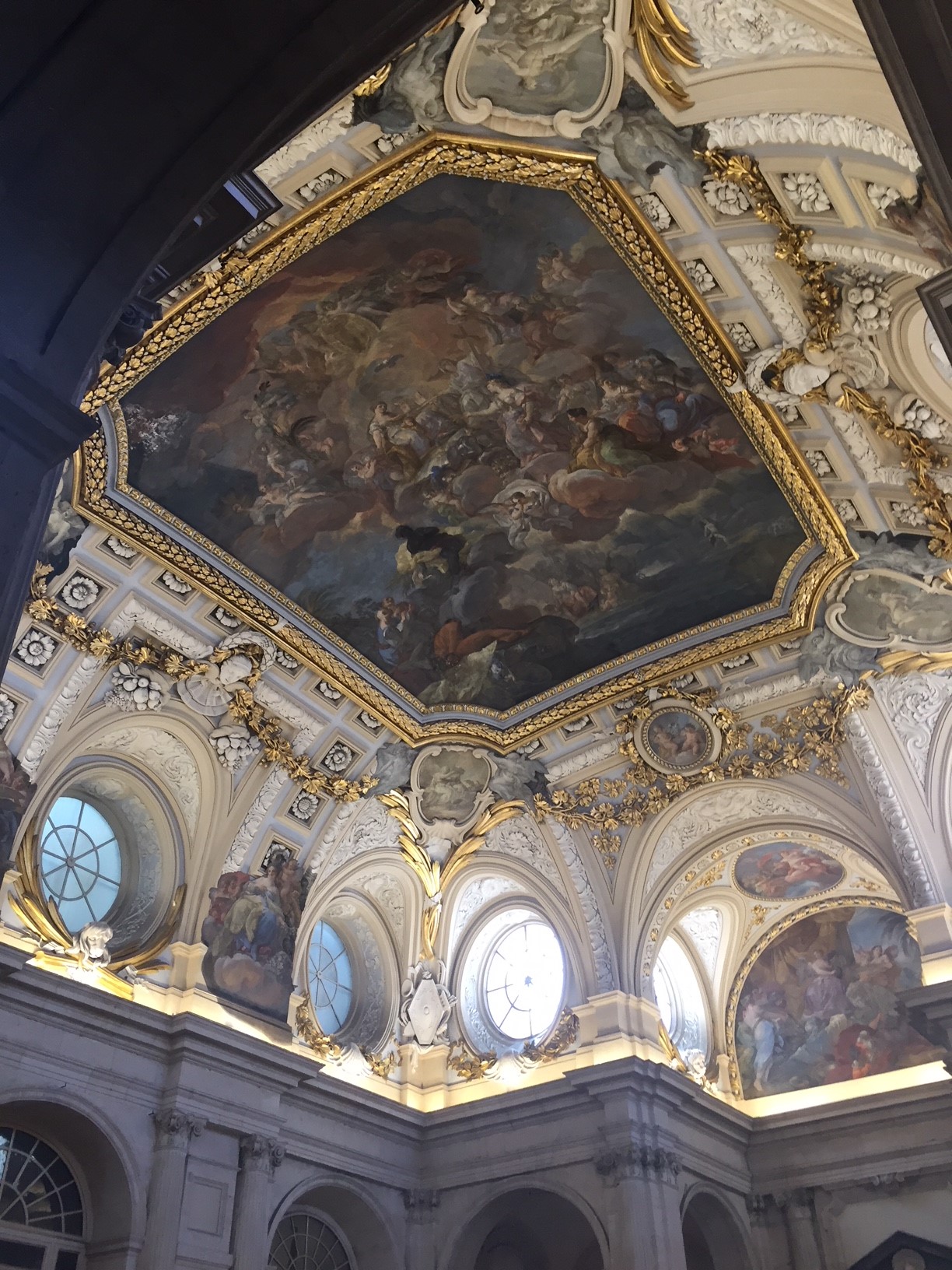 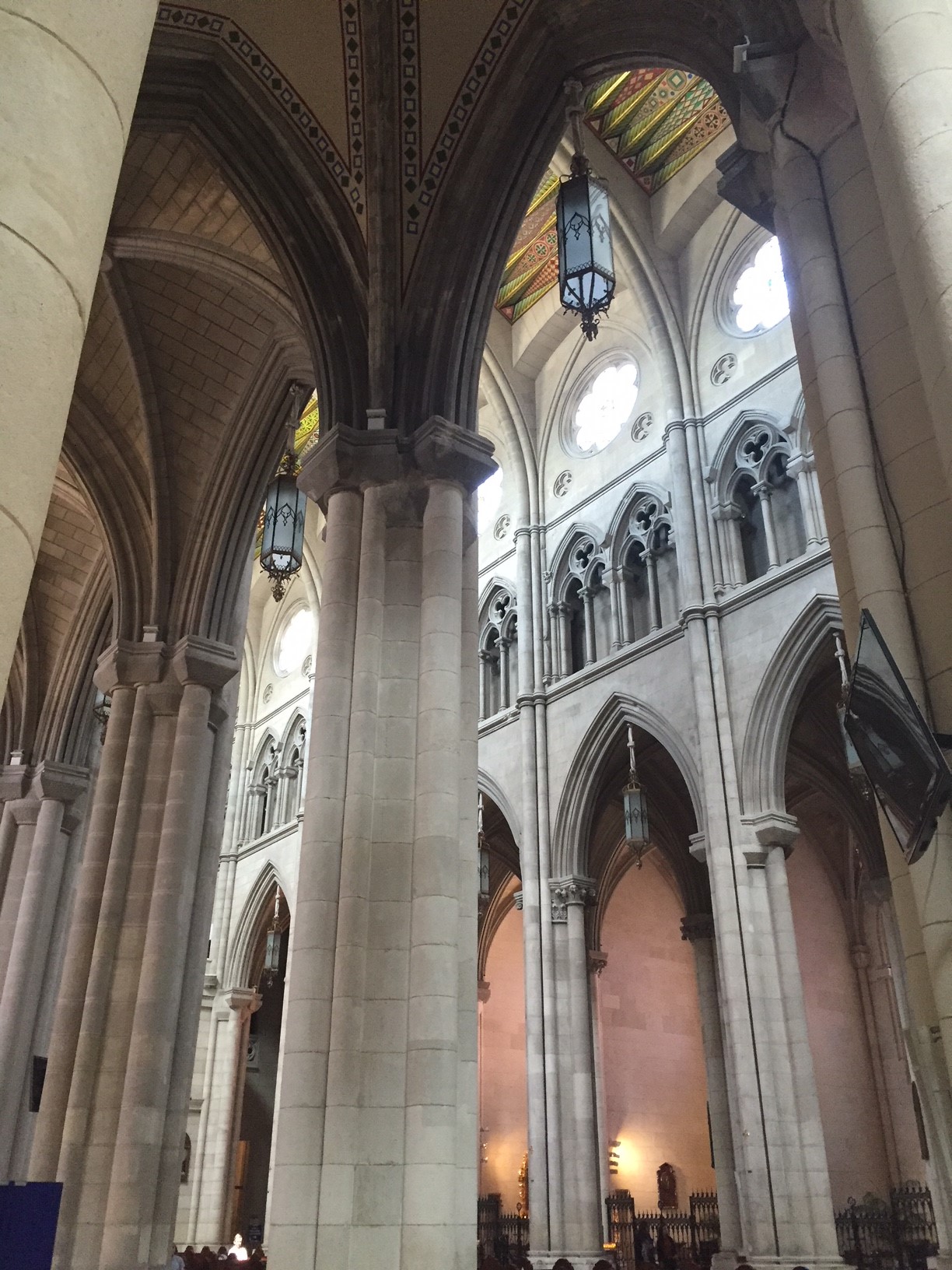 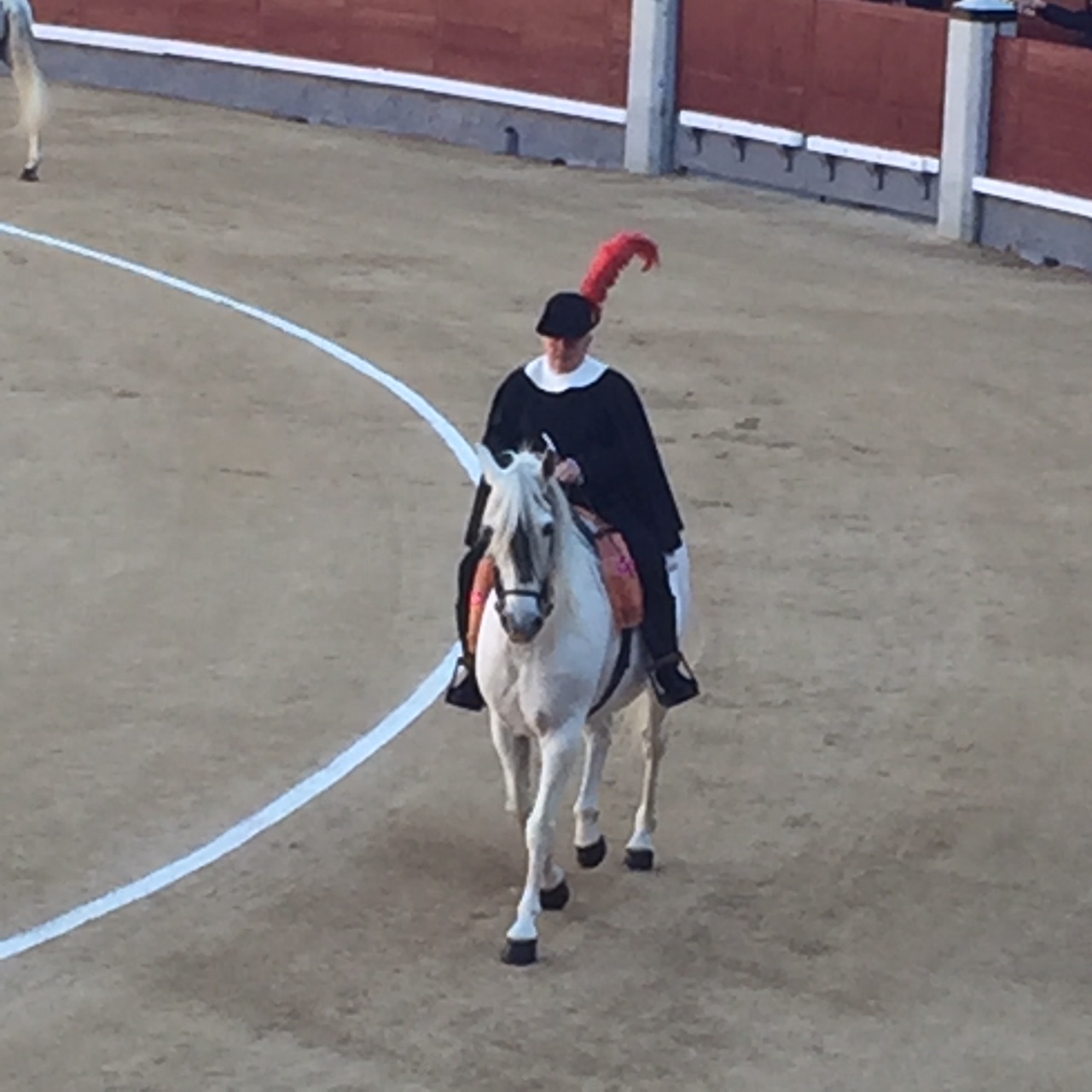 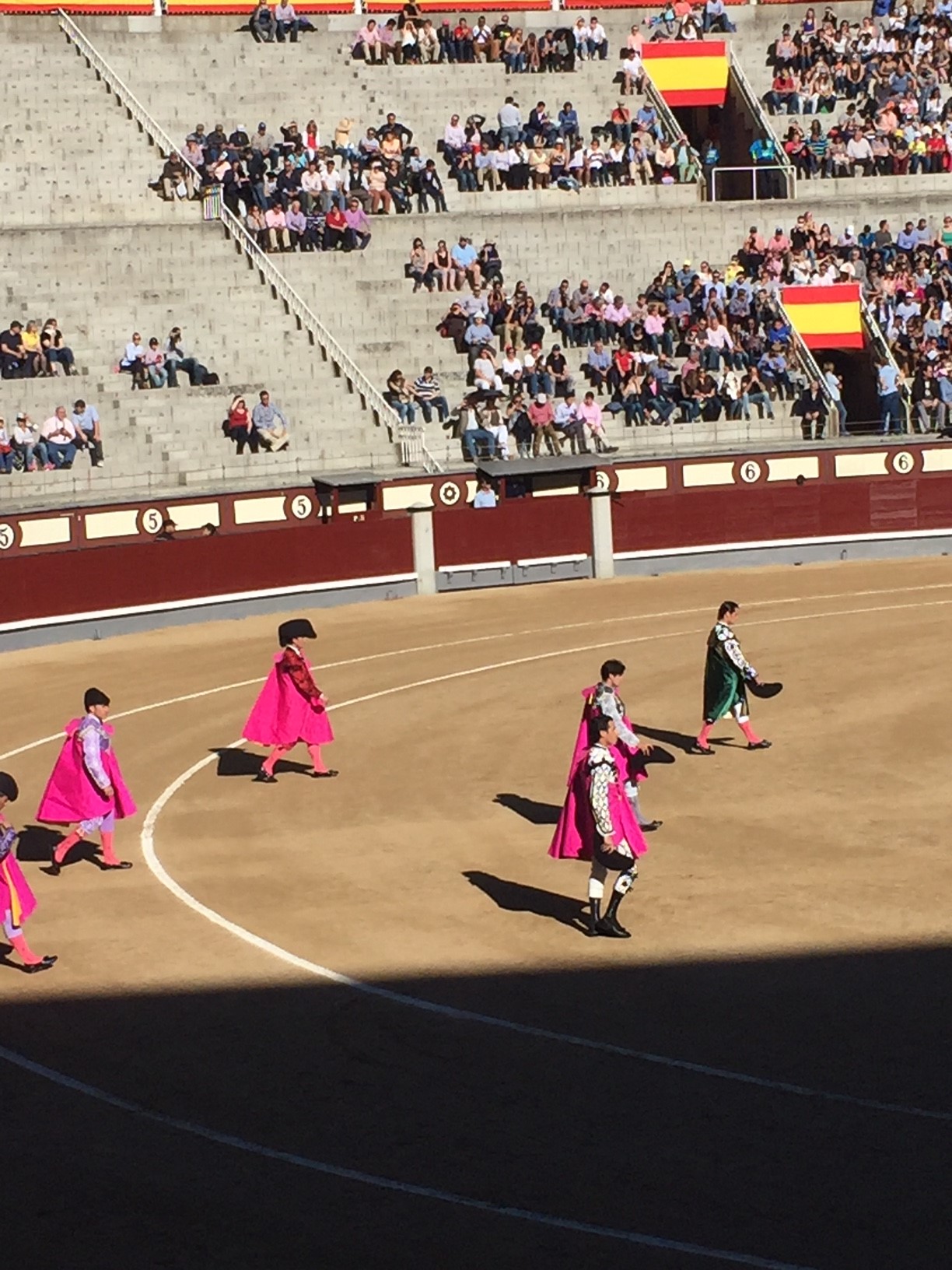 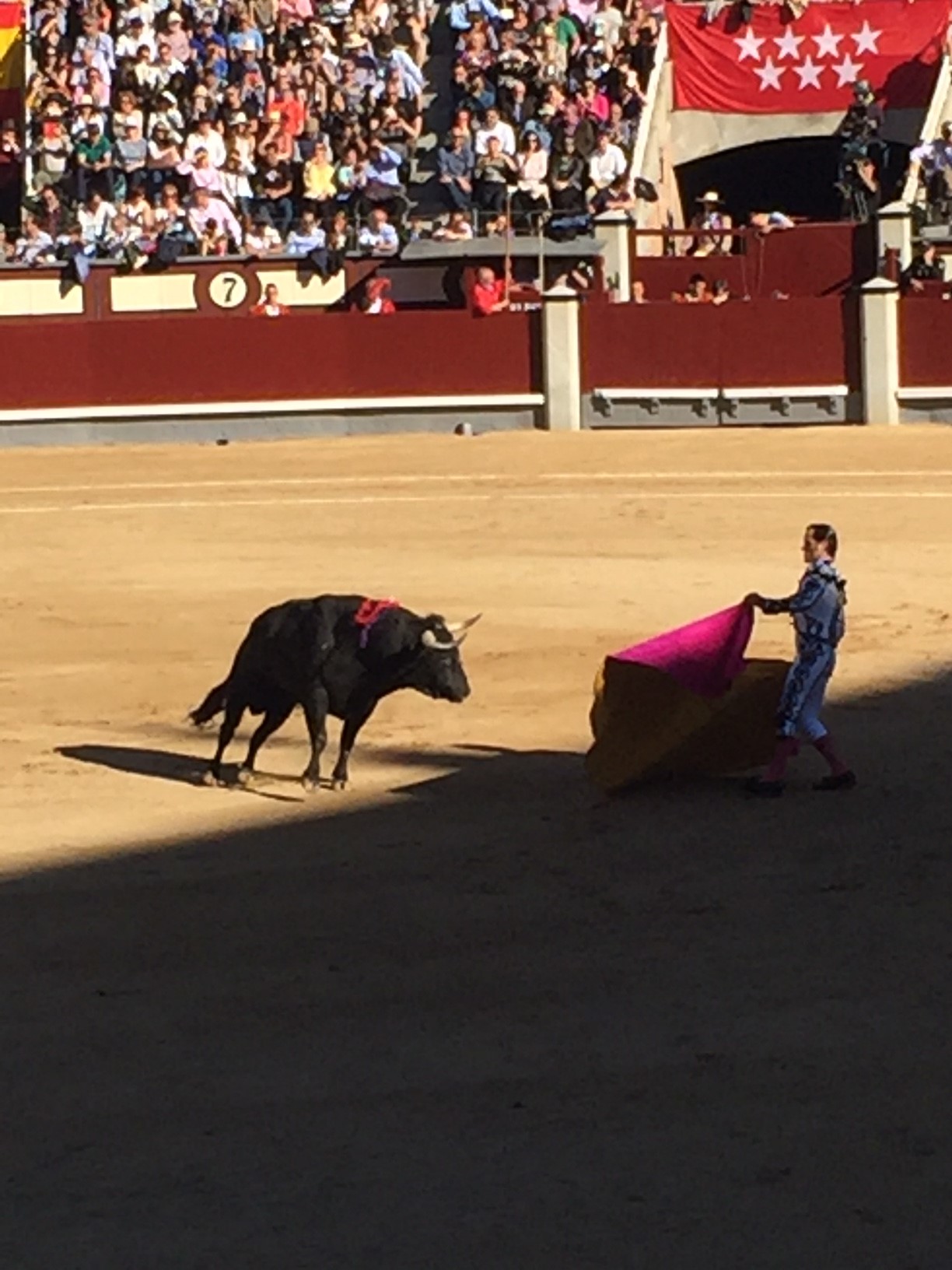 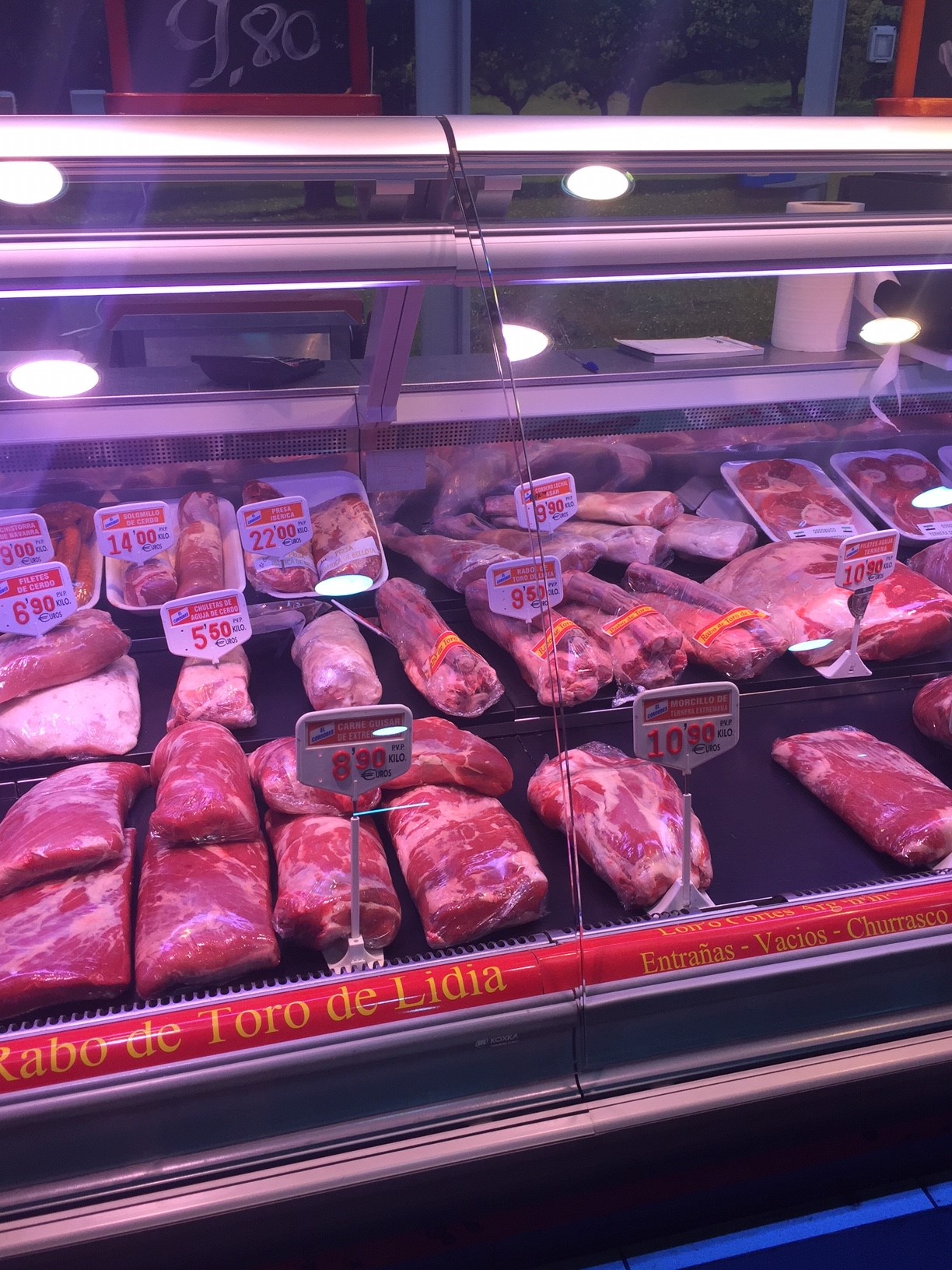